Real Madrid’s iconic stadium, the Santiago Bernabeu, caught fire on Wednesday evening according to Cope. A column of smoke was seen to be emanating from the highest part of the construction, with it later coming to light that a small fire had broken out in the stadium. It’s not known what caused it, but it’s come under control. 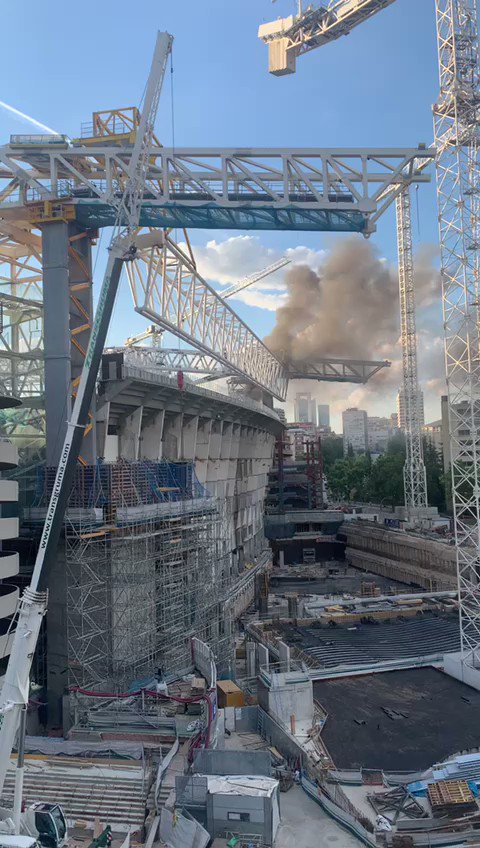 The Bernabeu, whose initial construction was completed back in 1947, has been home to Madrid ever since, becoming one of the most recognisable and impressive stadiums in European football. It’s currently undergoing a modernisation, with president Florentino Perez taking advantage of being unable to admit public to games during the covid-19 pandemic to aggressively renovate the 81,044-seater stadium. Los Blancos have been playing at the Alfredo de Stefano in Valdebebas ever since.

The fire is a bizarre climax to a strange season for Madrid. They’ve ended it trophy-less for the first time since 2008, with Zinedine Zidane thought to be close to leaving the club for a second time as coach. Los Blancos were knocked out of the semi-final of the Champions League by Chelsea and lost La Liga on the final day of the season to city rivals Atletico Madrid. What’s more, not a single Madrid player made it into Luis Enrique’s La Roja squad for the forthcoming European Championships.