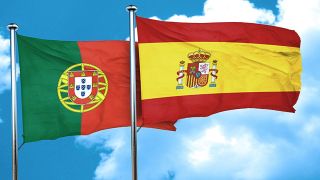 Number of fans confirmed for Spain’s clash with Portugal

Spain’s friendly match at home to Portugal next month will be played in front of 22,590 fans, the Comunidad de Madrid has confirmed.

The game is a warm-up match for the upcoming European Championships and will be held at the Wanda Metropolitano – the home of Atletico Madrid.

Fans have not been allowed to attend professional matches in the capital of Spain since March 2020, prior to the pandemic taking grip across Europe.

There have been limited regions of Spain – Galicia and the Valencian community among them – which allowed supporters to return to La Liga matches in the closing weeks of the campaign.

Spain take on their Iberian neighbours on 4 June with a 6.30pm (GMT) kick-off, before they play host to Lithuania four days later.

Those are the only two warm-up matches that Luis Enrique’s side will have ahead of the Euros kicking off, with the team’s first match in the tournament on 14 June.

Spain have Sweden, Poland and Slovakia in their group.