Real Madrid boss Zinedine Zidane has confirmed he will hold immediate talks with the club over his future.

Los Blancos secured a 2-1 final day win at home to Villarreal however, that was to have no impact on the La Liga title race as Atletico Madrid won 2-1 at Real Valladolid to clinch a first league title since 2013.

Zidane’s future has come in for major scrutiny in recent weeks with the Frenchman forced to deny rumours he had already informed the squad of his intentions to leave this summer.

But, despite indicating there is nothing in place for him to move on from the Spanish capital, Zidane will now sit down with club president Florentino Perez for key discussions. 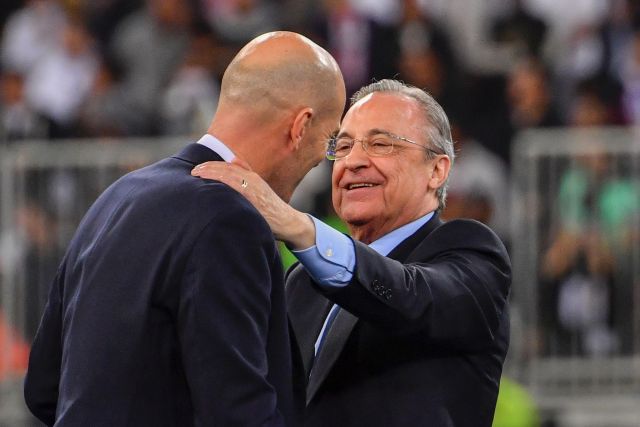 “We have given everything on the pitch and I am responsible for  that,” he told a post match interview with Mundo Deportivo.

“But with time I will be calm and I will talk to the club, and in the next few days we will see.

“We will see what will happens shortly. Not only with me, with everything the club is going to do for the next season.”

Zidane still has 12 months to run on his current deal at the club but he has not shown any willingness to extend his second stay beyond that at this point.

However, the former midfielder’s future is just one issue for Perez to resolve in the coming weeks with club captain Sergio Ramos no closer to signing an extension with his own deal expiring next month.