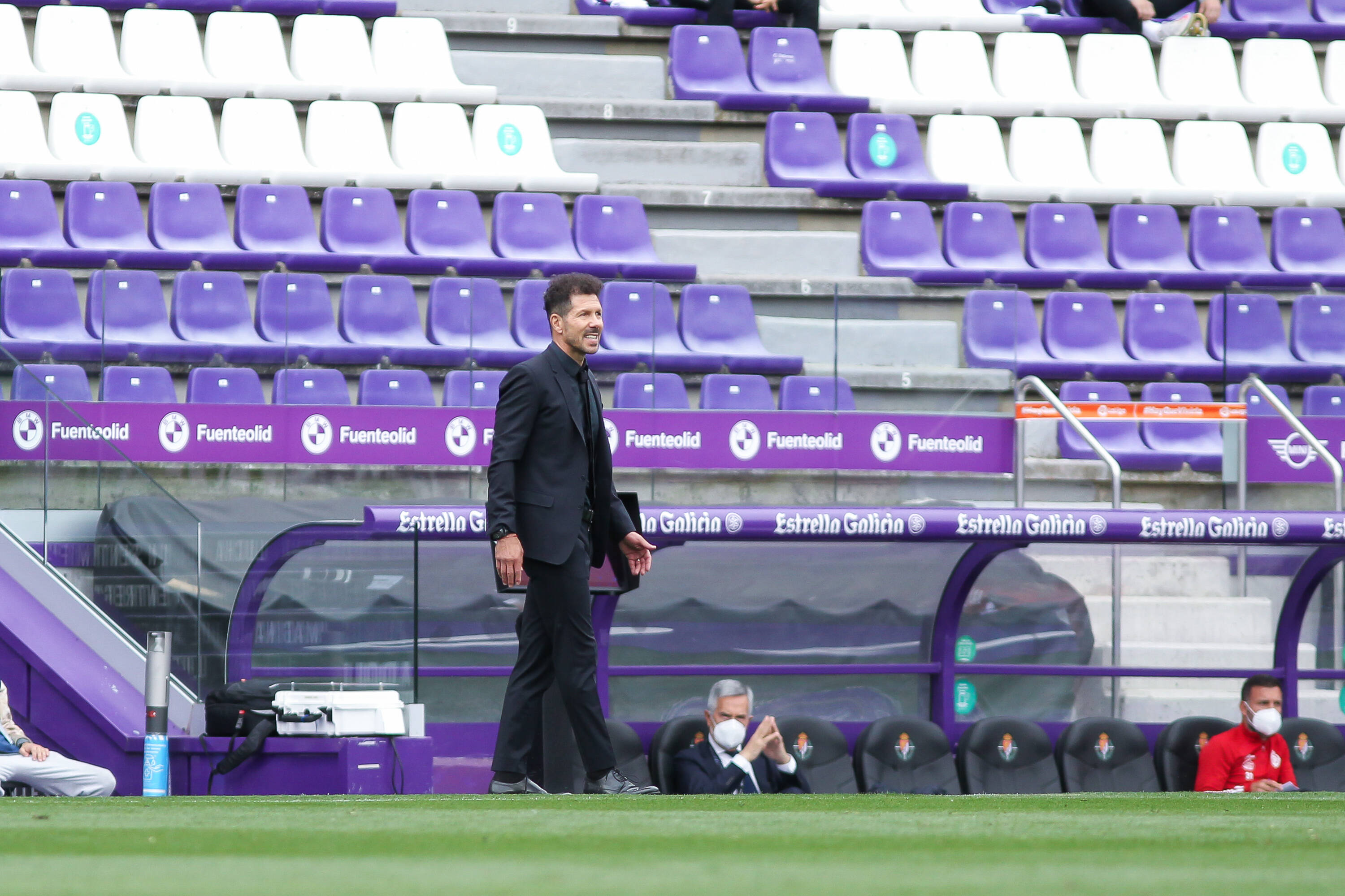 Atletico Madrid players could not contain their excitement as they clinched a first La Liga title since 2013 on high stakes final day in the 2020/21 campaign.

Diego Simeone‘s side held off arch rivals Real Madrid‘s challenge as a late goal from Luis Suarez sealed a 2-1 comeback win away at Real Valladolid.

As the players celebrated on the pitch at the Estadio Jose Zorrilla they invited Simeone on to join in the celebrations but after raising their inspirational coach aloft the players dropped him.

Simeone laughed it off as his star names continued with their wild celebrations on the pitch.

And despite coming back down to earth with a bump, Simeone was full of praise for his players in his post match interview.

“I am happy for a lot of people”, as per quotes from Marca.

“The feelings that come to me is that in such a complex year, with so many people who left us because of the virus, that Atlético come out as champion it is different.

“It has been a difficult year, like all of our history, but it is one of the best years to be a champion.”

Suarez’s goal brought the Uruguayan star onto 22 league goals for the season as Simeone’s decision to bring him in from Barcelona last summer was completely justified in their title run in.