Atletico Madrid‘s players were greeted with a heroes welcome as they boarded the team bus back to Madrid after clinching the La Liga title.

Diego Simeone‘s side held on to secure their first league title since 2013 as Luis Suarez’s late goal sealed a 2-1 win away at Real Valladolid.

The Atletico Madrid squad and Simeone partied on the pitch at full time with the majority of the team winning their first ever Spanish league title.

However, the scenes inside the Estadio Jose Zorrilla were matched by wild celebrations outside as the travelling Los Rojiblancos fans mobbed them in the car park. 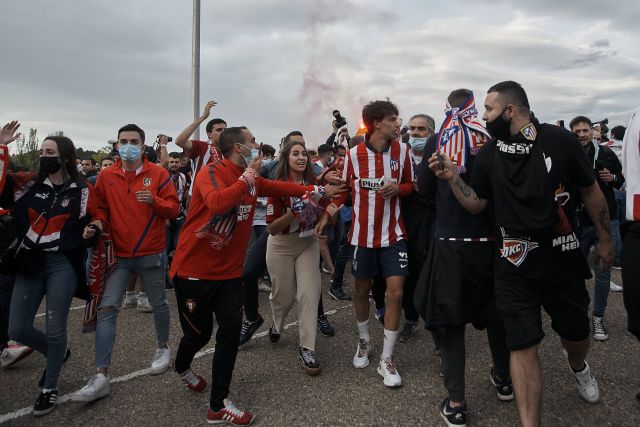 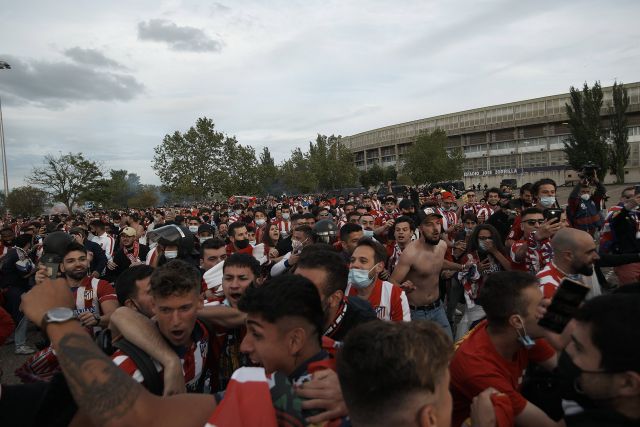 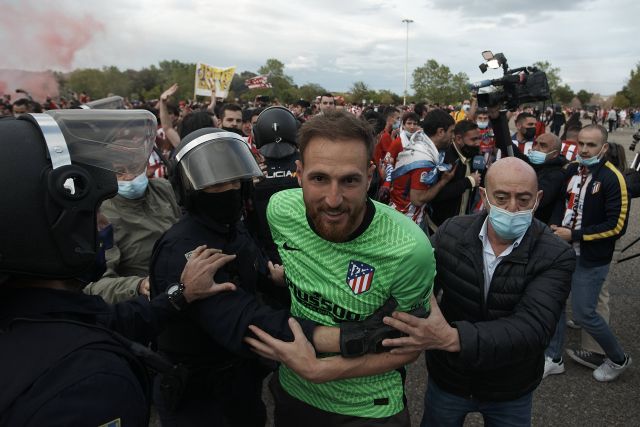 Key stars Joao Felix, Marcos Llorente and Jan Oblak were amongst those who were swept up in the mass celebrations in the streets before the trip back to Madrid.

Atletico Madrid fans are expected to gather at Neptune Fountain in Madrid city centre tonight to celebrate their title win in traditional style with extra police deployed to the area due to the ongoing restrictions on Covid-19 large gatherings.