Cristiano Ronaldo’s time at Juventus has come under fire from many quarters, with their high-profile failure in Europe and, this season, Serie A, dominating the narrative. One can’t question his professionalism, however, with the Portuguese scoring the 100th goal of his Juventus career last night against Sassuolo. He marked the goal, however, with a surprising celebration, note Diario AS. 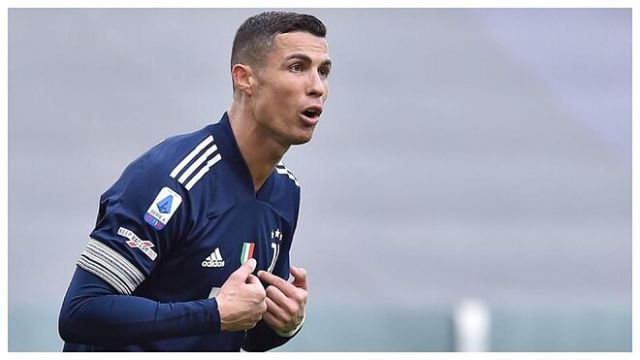 Cristiano didn’t perform his trademark “siu” celebration, when he runs to the side of the pitch, spins 180 degrees in the air and lands with his arms flailed out by his sides, accompanied by a shout. It’s an act of typical bombast that asserts his self-confidence. On this occasion, however, he simply allowed himself to be mobbed, stony-faced, by his teammates. Unusual for such a landmark goal.

One explanation could be Juventus’ mediocre performance in Serie A this season, as well as the level of scrutiny the Portuguese himself has come under. They’re fifth in Serie A, outside of the Champions League places, heading into the final two games of the season, and while Cristiano has apparently made noises indicating he’d be open to a move back to La Liga with Real Madrid, the Spanish club have refuted the idea. Once irreplaceable, he’s now, in the autumn of his career, finding his options to be running short.