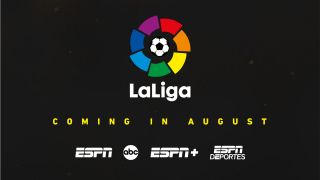 ESPN have announced in a statement that they’ve secured a deal with La Liga to broadcast the league’s matches in the United States. They claim it will make ESPN the English and Spanish-language home for Spanish football in the region for the next eight seasons, until 2028/29. The partnership will begin this August.

ESPN will stream live and on-demand coverage of all 380 La Liga matches next season, with all matches available to watch in both English and Spanish. It’ll also offer a good deal of surround programming, including signature ESPN shows like ESPN FC, Jorge Ramos y su Banda and Fuera de Juego. The deal includes Canada.

“This agreement will bring the excitement, passion, iconic clubs and global superstars of La Liga to US sports fans with unprecedented access and coverage,” said Burke Magnus, Executive Vice President, Programming & Original Content, ESPN. “As the sport of soccer continues its ascendance in the US market, we are incredibly excited to work with La Liga to establish a deeper connection to American fans through our company’s industry-leading streaming platforms, television networks, and digital and social media assets.”

“We are absolutely thrilled to bring La Liga to ESPN in the US,” said Javier Tebas, President, La Liga. “This is an historic eight-season agreement in US soccer broadcasting that speaks to the power of La Liga and its clubs in the largest media market in the world and will bring the world’s best soccer league to American screens in a more comprehensive and modern way than ever before.”

ESPN+ is the new home for #LaLigaSantander & #LaLigaSmartBank in the U.S.

Tebas will be pleased to have been able to announce the deal at such a pivotal time for Spanish football’s future. La Liga’s three leading clubs, Barcelona, Real Madrid and Atletico Madrid, tried to form a breakaway Super League this past month only for Atletico to exit when the tide of public opinion turned against them.

The other two remain, with the sentiment that something needs to change as Spanish football falters compared to the strength of the Premier League. Fans of Spanish football outside of the big three will be this deal can be a step towards doing that.