Athletic Bilbao will release club stalwart Iago Herrerin when his contract expires this summer as per reports from Mundo Deportivo.

The Basque giants are rumoured to have opted against renewing the 33-year old’s deal for an additional 12 months with Spanish Unai Simon firmly established as Marcelino‘s first choice keeper.

The Bilbao native is likely to be granted a farewell appearance for the club before end of the 2020/21 campaign with their chances of European qualification fading in recent weeks. 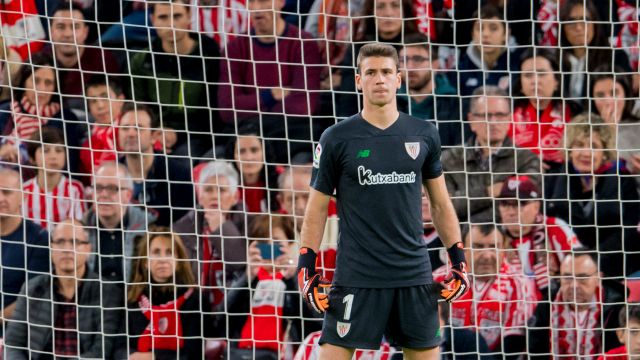 Herrerin will leave the Estadio San Mames as one of the most popular players with the club’s fanbase from the last decade after spending the majority of his professional career there.

He was signed as teenager from local club CD Basconia in 2007 and became the reserve team first choice stopper before moving onto the Atletico Madrid B team set up in 2010.

But after failing to make a single La Liga appearance in the Spanish capital he returned to Bilbao in 2013 and won the Spanish Supercopa title in 2015.