Ivan Rakitic was the coolest man at the Estadio Alfredo di Stefano as he edged Sevilla into a late 2-1 lead over Real Madrid.

Los Blancos have struggled to make an impact for large periods of the game against their fourth placed rivals with substitute Marco Asensio levelling from Fernando’s first half strike.

However, despite the game being short on chances at either end of the pitch, it has not been lacking in drama in the Spanish capital. 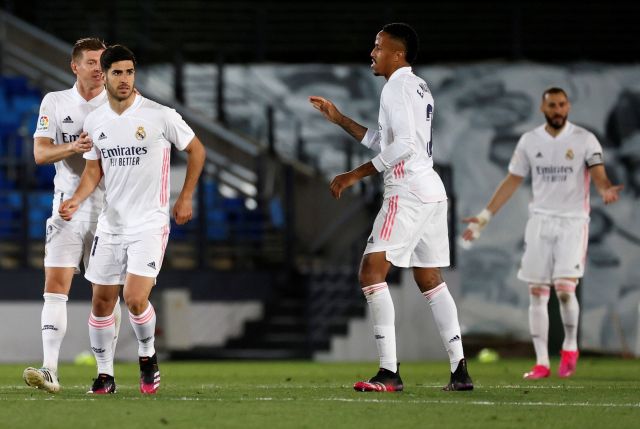 Referee Juan Martinez Munuera found himself right in the middle of the controversy after initially awarding a 74th minute penalty in favour of Real Madrid after Karim Benzema was felled by Bono.

But the official then sensationally opted to give a spot kick at the other end as Eder Militao handled inside the box with the home side incensed by his call.

Croatian star Rakitic then kept his head to confidently slot past Thibaut Courtois to put Sevilla on the bring of a huge win.

Madrid awarded a penalty at one end, but play is brought back for a Sevilla penalty at the other! 😱

Incredible scenes, and Rakitic converts to put Sevilla 2-1 up! ⚪🔴 pic.twitter.com/TLvPAMNq2R