Atletico Madrid boss Diego Simeone has insisted he remains calm despite his side’s disappointing 0-0 draw away at rivals Barcelona.

Los Rojiblancos headed to Catalonia with a two point lead over  Barcelona and Real Madrid at the top of the La Liga table with four games to play in 2020/21.

However, with neither side able to force a breakthrough at the Camp Nou, Zinedine Zidane‘s defending champions can now leapfrog Atletico with a win against Sevilla tomorrow night.

But, despite another setback in their title push, Simeone stated he is still focused on the task ahead in the coming weeks.

“We came to Barcelona to play as a team. We attacked and managed the game after recovering the ball, with a great first half and in the second half, we were even better,” he told a post match interview with Marca. 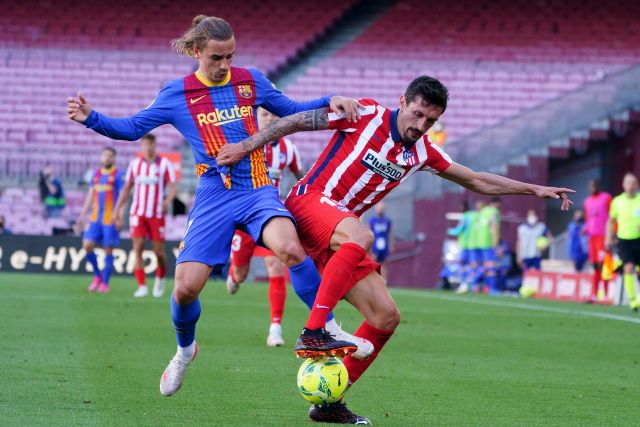 “The team will keep on working as there is not much time until out next game.

“Tomorrow we will rest and on Monday we prepare for the game against Real Sociedad, and we will take it like that, game by game.

“Real Madrid will compete as they have always done, and Sevilla can join the race tomorrow if they win.”

Simeone’s side now face a quick turnaround in domestic action with a home game against Europa League chasing La Real on Wednesday night.

Los Rojiblancos wrap up the 2020/21 season with a home game against Osasuna and a final day trip to Real Valladolid on May 23.