Real Madrid boss Zinedine Zidane is facing a growing injury list ahead of their vital weekend clash with Sevilla.

Los Blancos are aiming to keep themselves in the running for the La Liga title, and subsequently remove the Andalucians from the race, with a win in the Spanish capital.

However, their plans have been hit by an emergence of fresh injury worries for the French coach. 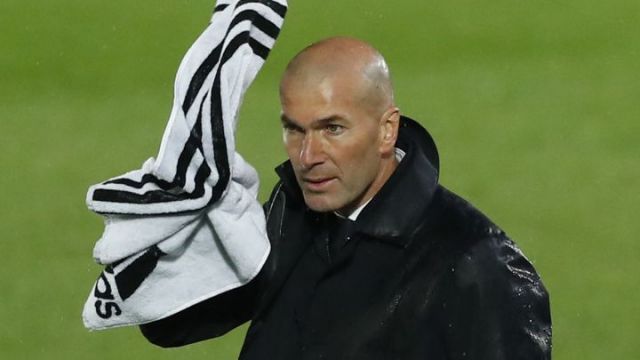 Club captain Sergio Ramos returned from a month out of action in the 2-0 midweek Champions League defeat away at Chelsea, however, as per reports from Marca, he missed training ahead of this weekend’s game.

The Spanish international is rated as doubtful alongside Fede Valverde and Vinicius Junior with Zidane expected to make a last minute call on the trio.

Raphael Varane, Dani Carvajal and Lucas Vazquez are certain to miss out against Julen Lopetegui‘s side but Ferland Mendy is expected to be fit in time to play.