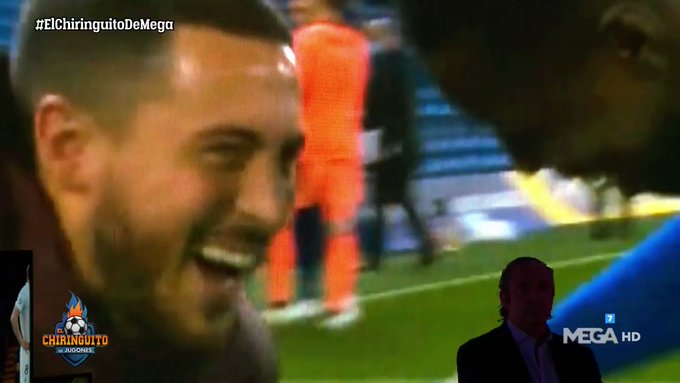 Real Madrid travelled to London last night to take on Chelsea in the Champions League semi-final second leg, but were thoroughly outclassed by Thomas Tuchel’s team. Los Blancos lost 2-0 on the night and 4-1 on aggregate, so Zinedine Zidane‘s men will miss out on the chance to face Pep Guardiola’s Manchester City in the final in Istanbul.

We think it’s safe to say there’s a lot of people in Madrid not overly pleased with Eden Hazard. 😬#LLL
🧡🇪🇸⚽️ pic.twitter.com/o9UueeHKEo

Eden Hazard, caught laughing with his old Chelsea teammates post-game, was the topic of serious debate back in Spain. El Chiringuito de Jugones, one of the country’s most popular talk shows, ran a scathing opening that honed in specifically on the Belgian. Having missed most of the season through injury, they were unhappy at his joviality.