Reasons Why La Roja Will Struggle at Euro 2020

Spain are still scratching their heads and trying to understand how they lost to Russia at World Cup 2018, but there were already plenty of cracks showing in their armour long before that fateful penalty shootout in the Luzhnikí sent betting apps into overdrive.

Here we take a look at the reasons why La Roja could suffer more heart break and disappointment this summer, as they continue to slowly rebuild under Luis Enrique.

One of the things that made Spain squads of the past so successful was that their star players were used to having lead roles at their clubs, meaning they were raring to go and full of elite experience by the time international tournaments came around.

The same cannot be said of the current team, with top players like Ferran Torres being bumped down the pecking order by Phil Foden at Manchester City, with the likes of Álvaro Morata and Rodri suffering similar frustrations.

While sometimes this inactivity can mean a player is nice and fresh for the summer, most midfielders and forwards would prefer to have lots of game time and goals under their belts by the time a European Championship rolls around. 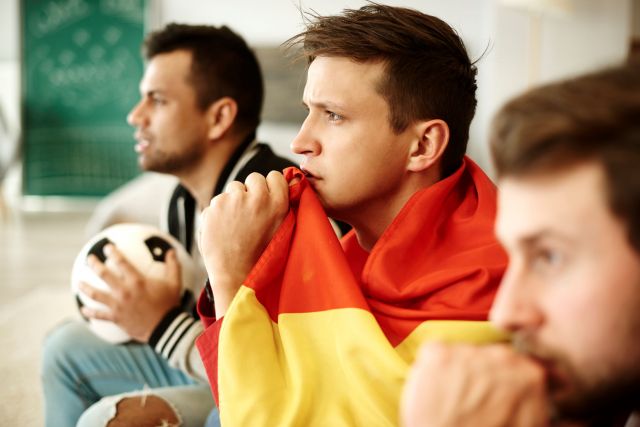 The minds behind the odds and articles that appear on the best betting apps are almost all of the opinion that Spain could be sleeping giants at this summer’s European Championship. This is because a plethora of young talent has begun to spill over from La Liga and the Premier League into the national team.

One major source of that talent is 18-year-old Barcelona forward Ansu Fati, who has been touted by many experts from the best betting apps as being the next Kylian Mbappé. Unfortunately, he has a left knee which is doing everything possible to ensure that does not come to light, as what started out as a minor issue with his meniscus has ballooned into an injury saga that has kept him out of action since November.

This makes him a serious doubt for the Euros, especially seeing as Barcelona will not want their long-term Lionel Messi replacement rushed back into action. While we’ll happily take OLBG.com’s advice regarding the best apps for betting on football, not even sites as good as theirs could convince us that Spain can win Euro 2020 without Fati in their ranks.

This means that others from Spain’s next generation of strikers will have to step up to the plate and deliver goals galore.

Venue Switching is an Unwelcome Distraction

Something else that is never welcome in the build-up to a huge tournament are distractions, and there have already been a few enforced on the Spanish national side.

One of these was UEFA’s decision to move Spain’s only host stadium from being that of the San Mames in Bilbao to La Cartuja in Seville. The move was made so that more fans could be present in the ground for match days, but it’s a disruption nonetheless.

France have Mbappé, Portugal have Cristiano Ronaldo and Belgium have Kevin De Bruyne, but who in the Spanish squad engenders the same sort of fear in the opposition as these men do? The answer is, no one, unless you count Sergio Ramos, who could himself be unsettled this summer by his uncertain future at Real Madrid as well as persistent injuries.

Sometimes not having a standout star can be a good thing for team morale, as no one player feels they are above the rest, but it can also be nice to count on some match-winning magic from time to time.

While in the eyes of those who pen the best betting apps and sports sites it may seem as though La Roja have it all to do this summer, they can fall back on the fact that they will be the only team in Group E who will play their games on home turf, as the rest have to jet to Spain and St. Petersburg in Russia.

Luis Enrique’s men will also fancy themselves to escape a group that consists of Poland, Slovakia and Sweden, none of which are teams that will match Spain for possession. But can they make that possession count? Betting apps everywhere await the fans’ verdict.