Zinedine Zidane: “When you lose a semi-final you can’t be happy, that’s normal. It’s a hard moment but tomorrow we’ll train again.” 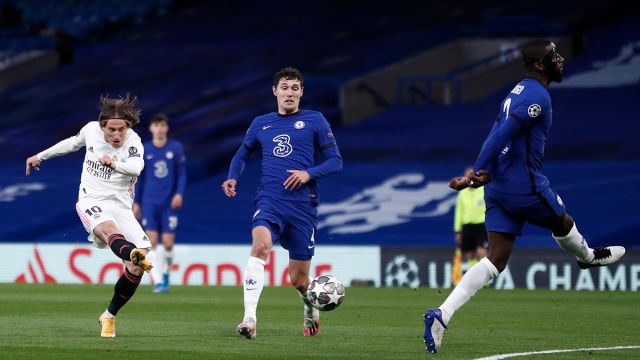 “We can say they’ve deserved the victory,” Zidane said after the game in comments carried by Marca. “We’ve tried but in the end they deserved to win and pass [to the final]. We played a semi-final and the players were prepared, if they played they were prepared.

“We can be proud of our players, we’ve tried and we’ve come this far, one step away from the final. Chelsea have played a great match and they deserved to pass. We have to congratulate them. Right now we’re not happy, but when you lose a semi-final you can’t be happy, that’s normal. It’s a hard moment but tomorrow we’ll train again.”