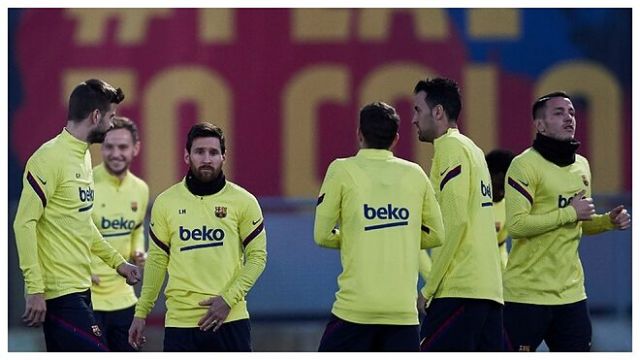 The entire Barcelona squad underwent an antigen test before training on Wednesday after they all attended a barbecue at captain Lionel Messi’s house on Monday. It’s not usual for them to undergo a test at that time in the week, according to Marca, but it was carried out specifically following the barbecue which has caused controversy in Spain this week.

Kylian Mbappe edging closer to a move to Real Madrid

Paris Saint-Germain forward Kylian Mbappe is edging closer and closer to a move to Real Madrid according to a report in Diario AS. The French side were knocked out of the Champions League last night by Manchester City, with Mbappe not featuring for a single minute through injury. Mbappe’s burning ambition, according to those in the know, is to win the Champions League, something that looks more achievable in Madrid than Paris.