The entire Barcelona squad underwent an antigen test before training on Wednesday after they all attended a barbecue at captain Lionel Messi’s house on Monday. It’s not usual for them to undergo a test at that time in the week, according to Marca, but it was carried out specifically following the barbecue which has caused controversy in Spain this week.

After the media discussion about the barbecue, the club wanted to be sure that all players were in perfect health. The entire squad tested negative and were able to train normally in preparation for Saturday night’s crucial La Liga clash with league leaders Atletico Madrid at Camp Nou. Depending on how Real Madrid do against Sevilla the following night, it could put them in the driving seat for the title. 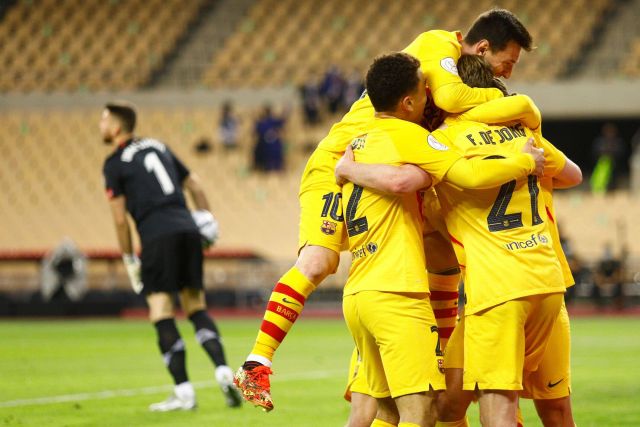 Investigations were opened on Tuesday into the barbecue to see if a sanction could possibly be applied for the violation of the regulations. La Liga, for instance, have done the same with similar situations at Sevilla and elsewhere. The entire squad are thought to have attended the barbecue, designed to celebrate their Copa del Rey win and bond the squad together ahead of a pivotal run-in.