Chocolate is traditional in Belgium, and Eden Hazard is one of the country’s sporting superstars. Belgium’s supermarkets are well stocked with chocolate, and one company has utilised Real Madrid playmaker Hazard’s image to sell their product, note Diario AS. The photograph has been picked up on because Hazard’s fondness for foods that elite athletes maybe shouldn’t be indulging in have long been a topic of discussion in Madrid.

The Belgian arrived at the club overweight, and has been unable to put together a consistent run of form since touching down in the Spanish capital. He’s been afflicted by injury after injury, something some have alleged is a case of a lack of discipline beginning to bear results as he heads into his 30s, drawing comparisons with Ronaldinho. 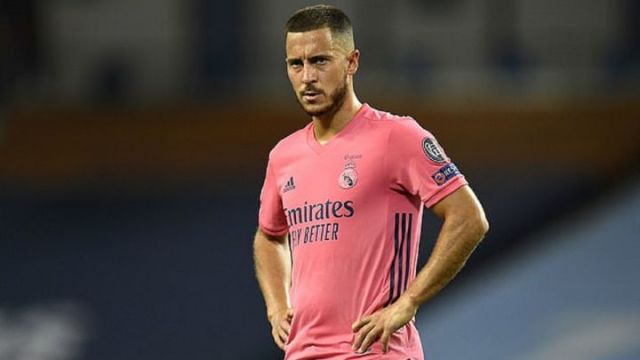 The Brazilian, similarly talented as a young man, proved unable to establish a performance level that was consistently elite as his body began to break down with age. Hazard has played 27 games in almost two full seasons at the Santiago Bernabeu, scoring four goals and providing seven assists. Said to be intent on making a mark at the business end of this season, however, Hazard could yet play a definitive role in Madrid’s fight to win both the Champions League and La Liga, starting tomorrow night at his old club Chelsea’s Stamford Bridge.