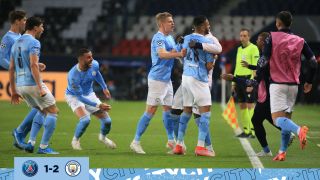 Real Madrid will decide whether they’re to play in this season’s Champions League final in London next week following their 1-1 draw with Chelsea last night at Valdebebas, while their potential opponents faced off this evening in France. Paris Saint-Germain hosted Manchester City in the other semi-final, with the visitors coming back to win 2-1. 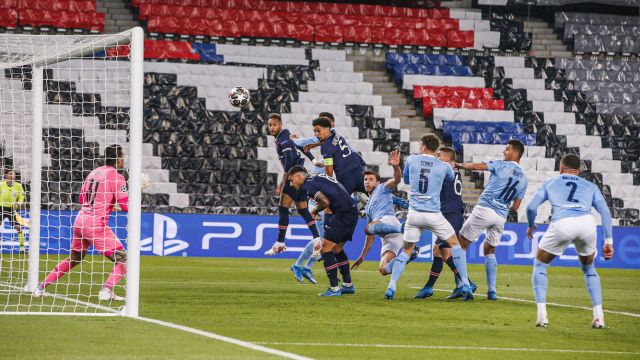 The hosts took the lead inside the opening quarter of an hour. Former Madrid man Angel Di Maria was instrumental, whipping in a left-footed corner from the right side to meet Marquinhos in the air. The Brazilian rose highest to steer his header past Ederson, wheeling away before being embraced by former Barcelona man Neymar. 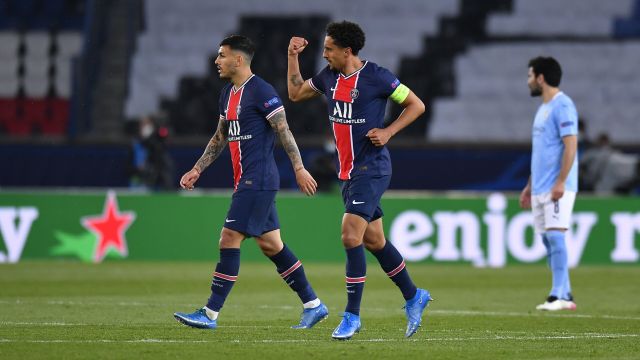 City plugged away, determined not to let the tie slip away from them, and their reward came in a moment of luck on the hour. Kevin De Bruyne angled in a speculative cross that another former Madrid man, Keylor Navas, misjudged and allowed fly past him into the net. Pep Guardiola’s side took the lead soon after, Navas again suspect in dealing, or failing to deal with, Riyad Mahrez’s free-kick in the 71st minute, before things went from bad to worse for the Parisians when Idrissa Gueye saw red for a shocking challenge.