Barcelona are working hard to ensure that Lionel Messi stays at the club, although it’s not a subject that’s constantly discussed. Joan Laporta is personally taking care of the matter according to Marca, and has made it clear since before he was elected president that he’s going to do everything within his power to ensure Barcelona retain their captain.

The first meeting between Laporta and Jorge Messi, Lionel’s father and representative, has already taken place. The pair had dinner and established each other’s position. It’s understood that there was a good feeling from both parties, although Barcelona cannot yet present an economic offer as the club is in the process of auditing itself. Messi’s camp are open to imaginative solutions. 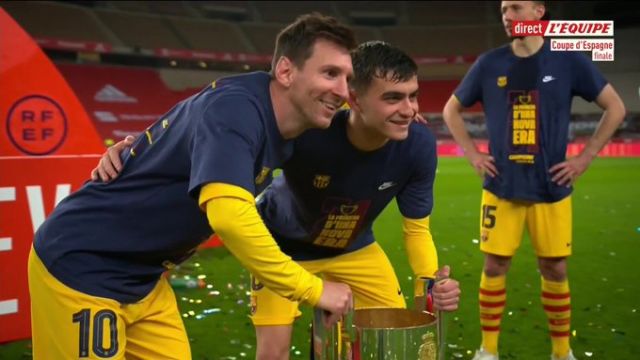 One idea floated is that Messi would spend two more seasons at Barcelona before going to the United States, where he’d act as an ambassador for Barcelona while continuing to play. Then, when he retired, he could return to Camp Nou with a position secured in the organisation. That way, Barcelona could retain him without breaking the bank.