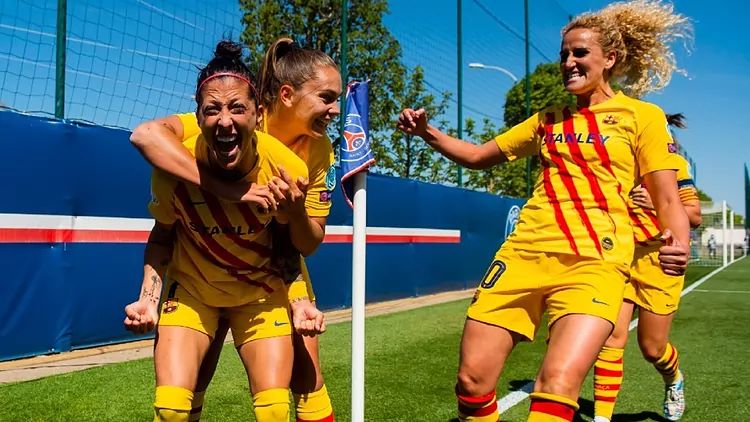 Barça take a big step towards the final

Barcelona’s stroll to the Primera Iberdrola title took a back seat this weekend as they travelled to France to face Paris Saint-Germain for a spot in the Women’s Champions League final and came away with a 1-1 draw after a pulsating encounter.

Jenni Hermoso opened the scoring for Barça with a header from Aitana’s cross on 13 minutes but the hosts equalised through Alana Cook nine minutes later.

As the two sides pushed for a vital second goal, Sandra Paños and her PSG counterpart Christiane Endler put on an exhibition of goalkeeping to keep the scores level going into next Sunday’s second leg at the Johan Cruyff Estadí.

Such has been Barcelona’s dominance at home, Sunday marked only the third time they had failed to win a game in 90 minutes this season – the others being a penalty shootout defeat to Atlético Madrid in the Super Cup and the largely academic 2-1 reverse to Manchester City in the second leg of the quarter final.

Although the away goal seems to tilt the tie in Barça’s favour they will still be wary. PSG lost the first leg of their quarter final at home to Lyon but still overcame the five-time reigning champions away to book their place in the last four. Lluís Cortés and his team know there is still a lot of work to be done if they are to make their second final in three years. 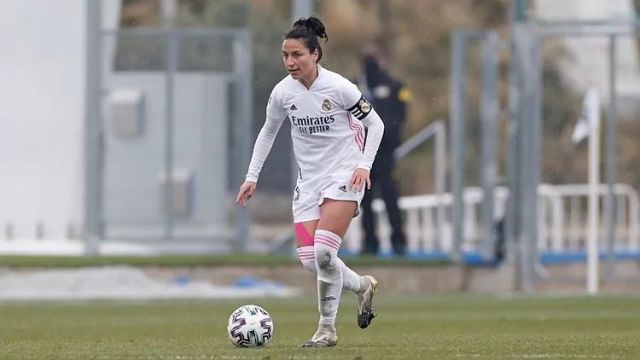 While Barcelona try to reach the final of this year’s Champions League, the past weekend looked like a crucial one in determining who joined them in next season’s competition.

The big fixture of the weekend was the Madrid derby, where sixth-placed Madrid CFF looked to cut the gap on Real Madrid in third to only three points. As if the game needed any more spice, it came four days after the two sides met in an epic Copa de la Reina quarter final where a 110th minute winner from Madrid’s veteran forward Priscila Borja put paid to Real’s hopes of winning a trophy in their first season of existence.

But at a rain-lashed Estadio Matapiñonera, they gained their revenge by effectively ending their rivals chances of overtaking them. They never looked back after taking the lead through right back Kenti Robles’ deft chip after Olga Carmona and Maite Oroz had caught the Madrid defence napping with a short corner routine and when Sofia Jakobsson doubled the lead before the break, the game was as good as over.

Madrid have proved themselves to be the surprise package of the league this season and although this defeat seemingly ends their hopes of a top three finish, they are still well-placed to record the club’s highest ever league position, which for an independent club lacking the resources of the teams around them, is quite an achievement.

After a wait of 13 years, it looks almost certain that Levante will return to the top table of European competition next season. Victory over UDG Tenerife at the weekend, combined with results elsewhere, mean they hold a seven point advantage over Real Sociedad in fourth spot and are well-placed to claim one of the two Champions League qualifying spots available to them.

But fortunately for them, one player who stuck around was Esther González. After six successful years at Atlético Madrid, her first season in Valencia had been a bit underwhelming, even though the team finished third. This season however, she has led the scoring charts for most of the campaign and established herself back in the Spain squad ahead of next summer’s European Championships in England.

Her double at the weekend brought her to 25 goals for the campaign and brought Levante an important win over one of their direct rivals for European qualification.