The former Barcelona head coach is hoping to lead his team to their first ever Champions League final next month but they face a mammoth task against the 2020 beaten finalists.

Mauricio Pochettino‘s side boast one of the most exciting attacks in the competition and Guardiola is in no doubt of Neymar’s talismanic influence on the Parisians ahead of the game.

“I remember watching clips of Neymar (when he was a teenager) and thinking this is the king of Santos,” he told a pre match press conference with BBC Sport. 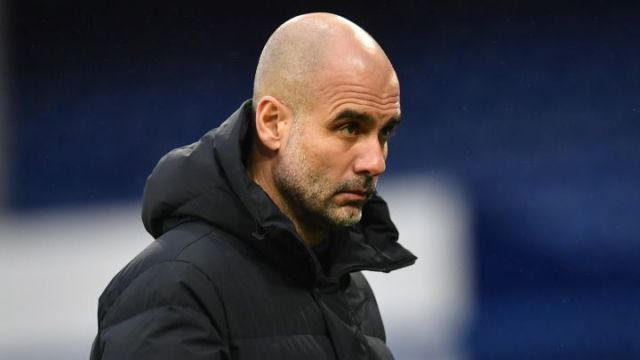 “If Neymar stayed at Barcelona, they would have won two or three Champions League more. Him, Messi and Suarez were the best up front.

“He went to Paris, which does not look a bad decision. It seems like a nice club and a nice city from the outside.

“I am an admirer. He makes football a pleasure.”

Guardiola admitted his side will face a real battle in the French capital but stated his team would not shy away from the challenge of taking on PSG’s world class superstars.

“We want to have the ball. If we have the ball in the right positions, you create stability in the team and that is what we will try to do tomorrow.

“Everyone knows the quality they have. But in the semi-finals of the Champions League, what do you expect?

The winners of this blockbuster semi final clash will face either Real Madrid or Chelsea in the final in Istanbul on May 29.

Zinedine Zidane‘s side are by far the most experienced side left in the tournament with 13 European Cup/Champions League titles to their name.