Real Madrid have reportedly set a return date of May 5 for skipper Sergio Ramos in his injury comeback.

The veteran Spanish international has missed Los Blancos last eight games across both La Liga and Champions League action, due to a calf injury and subsequent positive Covid-19 test.

However, despite his absence at a key moment in the season, the 35-year old is being pencilled in to return for the Champions League second leg away at Chelsea next month. 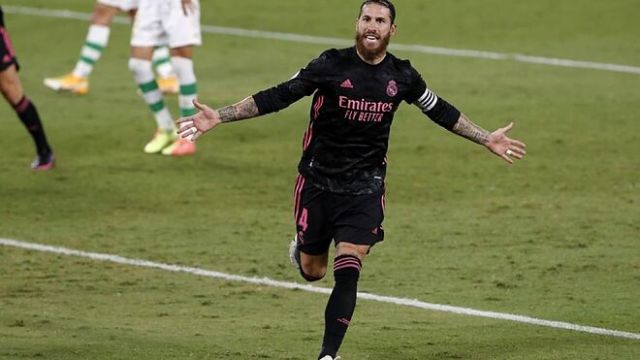 He will miss the visit of Thomas Tuchel’s side on April 27, however, reports from Diario AS claim he could receive a cameo against Osasuna next weekend in preparation for the trip to Stamford Bridge.

Ramos’ return will be a key boost for Zinedine Zidane, as the French boss aims to keep their double chances alive in the end of season run in, but his comeback hinges on passing a string of fitness tests scheduled for next week.