Sevilla midfield star Lucas Ocampos has claimed his side are confident they can have a say in the La Liga title race.

Julen Lopetegui‘s side have forced their way back into the reckoning for a shock last minute title push in recent weeks with five straight league wins for the Andalucian giants.

Argentinian international Ocampos netted the winner in this weekend’s 2-1 victory over neighbours Granada and he insisted the club will fight on in their push for a first league title since 1946.

“Obviously we dream of winning the league, he told a post match interview with Marca. 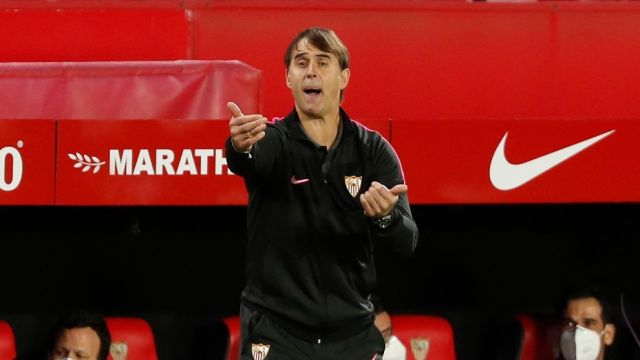 “We know it will not be easy, as there are teams that are doing well at the top.

“We will play five finals and try to reach our maximum level.

“These are moments to enjoy, for us and  for the fans and we will try to give it everything.”

Sevilla face a crucial end of season run in as they aim to disrupt the established order in Spanish football with Lopetegui’s side at home to Athletic Bilbao next weekend.

That is followed by away games against Real Madrid and Villarreal and home ties with Valencia and Alaves.

As it stands, Sevilla end the weekend in fourth place in the table with just a single point behind both Real Madrid and Barcelona and three point gap behind leaders Atletico Madrid.