Real Madrid‘s La Liga title defence chances have been dealt a major blow as they slipped to a 0-0 draw at home to Real Betis.

Zinedine Zidane‘s side are now two points behind league leaders Atletico Madrid, who face Athletic Bilbao tomorrow, with Barcelona five points behind, but with two games in hand.

Los Blancos struggled to create much against Manuel Pellegrini’s organised visitors in the Spanish capital as Claudio Bravo kept out Karim Benzema‘s snapshot as the first half’s only chance. 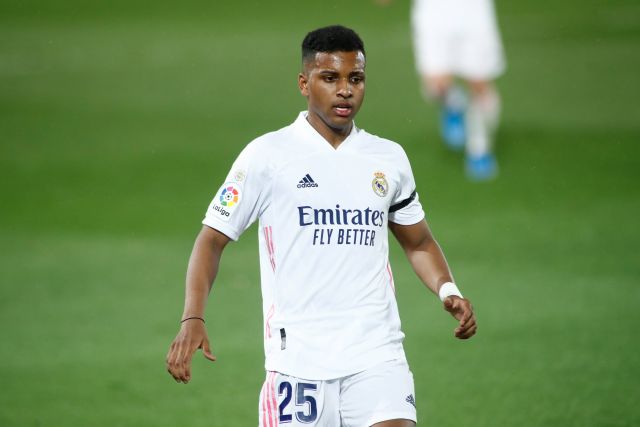 Both sides did step it up a gear after the restart as Rodrygo Goes‘ mishit cross was tipped onto the bar by Bravo before Real Betis had two fantastic late chances to win it.

Off the bar from @RodrygoGoes! 💥

Will there be a winner in #RealMadridRealBetis?

Thibaut Courtois was called into emergency action to deny Guido Rodriguez and Borja Iglesias as Zidane’s side chased a breakthrough.

Borja Iglesias denied one on one against Thibaut Courtois! 😮

An important stop from the Real Madrid keeper 🖐 pic.twitter.com/5HvWH6sHkg

Real Madrid play host to Chelsea in their Champions League semi-final in midweek before a home game against Osasuna in league action next weekend, however, they need their title rivals to drop points in the next 24 hours.