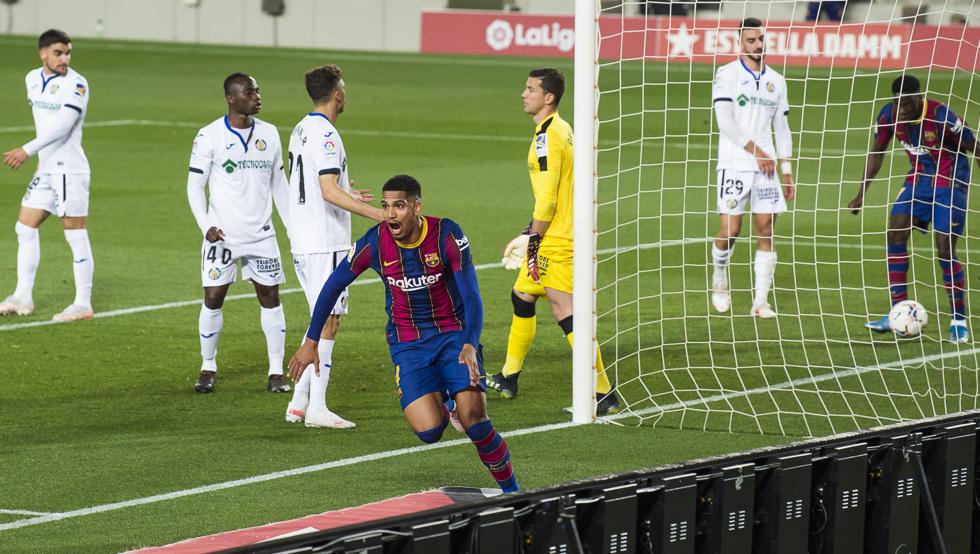 Ronald Araujo: “[Lionel] Messi always tells me to go to that area because he delivers with speed, and today I managed to score”

Barcelona faced Getafe at Camp Nou last night, winning 5-2. They’re now third in La Liga, a point clear of Sevilla, two behind Real Madrid and five behind Atletico Madrid, with a game in hand on all three. Ronald Koeman’s men are very much on the hunt for the double, paying no attention to the off-field shenanigans pertaining to the Super League.

“The rest of the games this season will be like this, they’re all finals. I’m happy with the goal because it’s something that I work hard to take advantage of my height and to be able to help the team with goals. Messi always tells me to go to that area because he delivers with speed, and today I managed to score.”