Joan Laporta, president of Barcelona, has spoken for the first time about the European Super League, a project the club are still part of alongside Real Madrid and Juventus. “It’s absolutely necessary that the big clubs express our opinion regarding the economic distribution,” he said in comments carried by Marca. “We’re supporters of the national leagues and we’ll speak with UEFA. 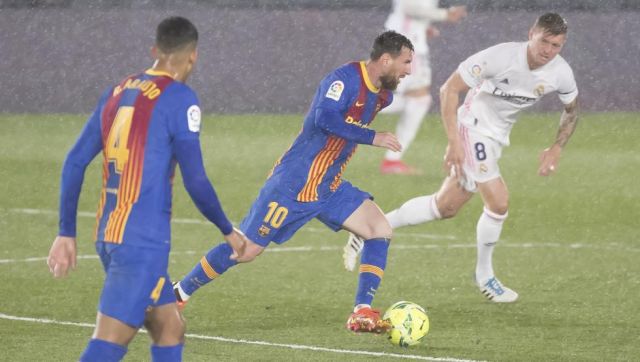 “It must be an attractive competition, based on sporting merits,” Laporta said of the Super League. “We are open to dialogue with UEFA. I think there will be an understanding. We need more resources for this to be a show. There has been pressure on some clubs [to abandon ship], but the proposal continues to exist. The investments are very important, the salaries are very high and everything. This has to be taken into account in the same way as sporting merits.”

The project was boldly announced on Sunday, with Atletico Madrid, Barcelona, Real Madrid, Milan, Arsenal, Chelsea, Inter, Juventus, Liverpool, Manchester City and Manchester United the founding members. Florentino Perez, recently re-elected president of Madrid, was slated as being in line to serve as the first president.