The trio are reportedly monitoring the Moroccan international after an impressive season at the Estadio Ramon Sanchez Pizjuan with 16 La Liga goals to his name already in 2020/21.

The former Leganes attacker struggled for consistency in his debut season in Andalucia, in 2019/20, but he has hit top form in recent months, which has attracted growing transfer interest. 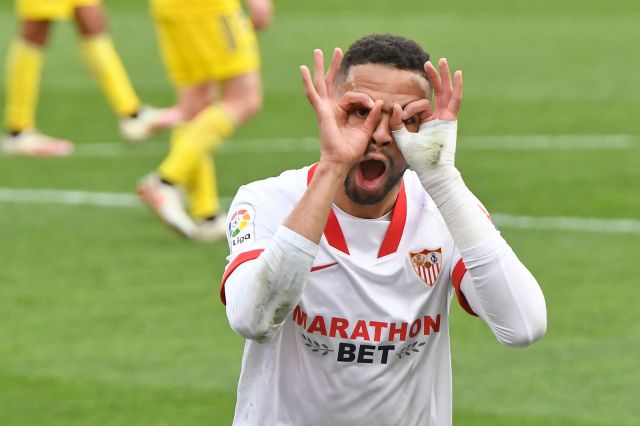 According to reports from La Razon, the Hammers are leading the race to sign the 23-year old, as they can offer him a greater first team role than Liverpool or United.

However, the major stumbling block to any potential move could be En-Nesyri’s €60m release clause, with Sevilla unwilling to budge on that as their asking price.

That would represent the biggest sale in the club’s history, and Julen Lopetegui is under pressure to sell one big name, and it could be a choice between En-Nesyri or French star Jules Kounde.