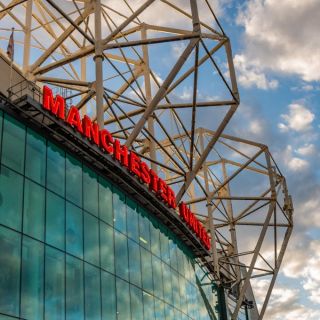 The idea, however, seemed to be in serious jeopardy as of Tuesday evening. The first apparent dominoes to fall were Chelsea and City, who reportedly were close to pulling out of the Super League project. Chelsea supporters gathered outside of Stamford Bridge in protest, with City confirming they’d enacted the process of leaving at around 22:30 CET.

BREAK – Atletico Madrid and Barcelona still committed to Super League project after key meeting between 12 clubs tonight. Manchester City only club to confirm exit. Chelsea have doubts but no confirmation yet. https://t.co/eDmx0e3zTE

Ben Jacobs reported that Atletico were close to pulling out, while Xavi Torres reported that Joan Laporta wouldn’t ratify Barcelona’s entry into the Super League unless it was approved by their members. Dermot Corrigan refuted Jacobs’ claim, saying that Atletico were denying the reports they’ve pulled out and claiming that Miguel Angel Gil Marin met with the players today to discuss the project.

El Partidazo de Cope backed up Corrigan, claiming that Atletico and Barcelona are still committed to the project after a key meeting between all 12 clubs this evening, and that City were the only club definitely out. Chelsea were credited with having doubts.

Leah Smith reported that United were also on the verge of pulling out. Talksport backed that report soon after, claiming that United chairman Ed Woodward has resigned on the back of the backlash against the Super League project, with United eventually releasing a statement confirming that Woodward would step down at the end of 2021.

Miguel Delaney dropped a bombshell of his own, claiming that Juventus chief Andrea Agnelli was resigning and Florentino himself was under immense pressure, only for James Horncastle to refute that idea by claiming Juventus have denied Agnelli’s resignation. Jordan Henderson, Liverpool’s captain, posted a message on Twitter against the project alongside his teammates. “We don’t like it and we don’t want it to happen,” he said.