Bayern Munich defender David Alaba has agreed a five-year contract with Real Madrid according to a report by Sky Sport journalist Max Bielefeld. He claims that Barcelona, who had been linked with a move for the soon-to-be free agent, are no longer an option for the Austrian, and while the deal hasn’t been signed with los blancos yet it will be soon.

Sky sources: David Alaba has agreed a 5 year contract until 2026 with @realmadrid. Barcelona is not an option anymore. Contract not signed yet, but will be in the next weeks 🔜📝✅ #TransferUpdate @Sky_Torben @Sky_Marc pic.twitter.com/jo7DIVjO8g

Alaba confirmed he was leaving the Bundesliga back in February, revealing that he was looking for a new challenge once his contract expired. 28, he’s a world-class performer at the absolute peak of his career, and will be a serious addition for Madrid once the deal is completely confirmed. Versatile, he can play at centre-back, full-back and in midfield. 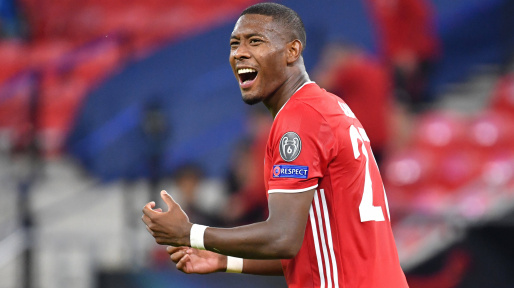 Born in Vienna to a Nigerian father and a mother from the Philippines, Alaba came through the youth system at Bayern after being poached from Rapid Vienna at 16. Aside from a brief spell on loan with Hoffenheim, it’s been the club he’s spent his entire professional career. Alaba has won nine Bundesliga titles in Germany, as well as six German Cups, three German Super Cups, two Champions Leagues, two European Super Cups and two Club World Cups.