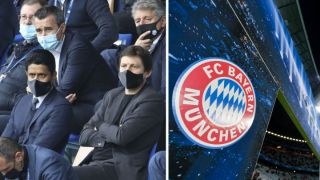 12 of Europe’s biggest clubs announcing that they’ve agreed to form a new competition, the European Super League, according to Diario AS. The 12 clubs, including La Liga heavyweights Atletico Madrid, Barcelona and Real Madrid, have announced themselves as founding members, but two clubs notable in their absence were Bayern Munich and Paris Saint-Germain, who’ve declined to become founding members.

FIFA and UEFA are opposed and have made it clear they don’t approve of a separatist league, claiming that any club who competes in the Super League will be unable to play in any other competition at a national, European or global level, and their players could be deprived of the opportunity to represent their national teams.

The Athletic have claimed that sources within PSG see it as disrespectful to support such a plan, and are willing and interested to discuss UEFA’s plan for a revamp of the Champions League this Monday. The French club believe the new competition shouldn’t be limited to the richest clubs in Europe, and believe that clubs such as Ajax, Atalanta and Leicester, with less economic might, should be given a chance.

Bayern Munich are another great absentee. Both themselves and Borussia Dortmund have opposed the Super League according to ZDF, a source in the German media, with the CEO of the Bundesliga, Christian Seifert, announcing that the German football federation rejects any concept of a European Super League, and believe that the economic interests of a few leading clubs in England, Italy and Spain shouldn’t lead to the abolition of the structures established throughout European football.