Joan Laporta and Lionel Messi ate together to discuss future

Shortly after Joan Laporta took office as president of Barcelona on March 17th, he and his captain, Lionel Messi, ate lunch together to discuss his future and the future of the club according to Mundo Deportivo. Laporta’s desire to retain Messi’s services beyond the expiration of his contract this summer has been one of the cornerstones of his campaign, and he’s been cogniscent of putting together a more attractive package for the Argentine than rivals who covet his signature, especially Paris Saint-Germain.

Laporta had an idea of the club’s economic situation then, but not with any degree of certainty. His argument was to appeal to Messi’s emotions and the idea that there’s no club better suited to him than Barcelona, the one that made him as a player and a person. He promised to put together an economic proposal that was in line with something the club could realistically compile and a sporting project that would enable Messi to reach the 2022 World Cup in Qatar in top shape. Later, if Messi decided to retire in the United States, he could do so as the club’s ambassador. 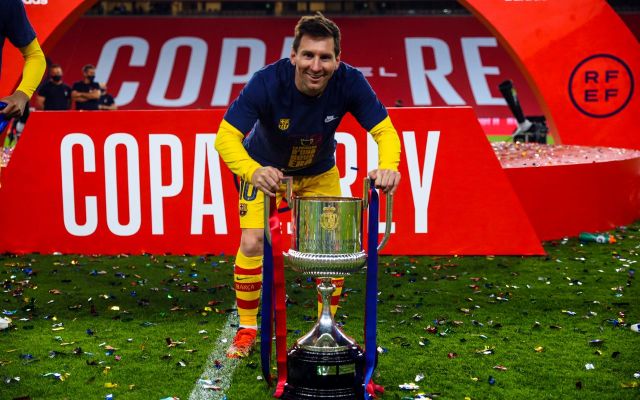 Messi left the meeting without ruling out rethinking his position, touched both emotionally and intellectually by his president’s direct manner. Since then, the team have thrived on the pitch, putting together a run in La Liga that’s put them in the title race and winning the Copa del Rey with a 4-0 battering of Athletic Bilbao in the final last weekend, a game Messi starred in with two goals. But nobody’s under any illusions that Messi’s ambition at club level is centred on winning the Champions League for the first time since 2015. It’s up to Laporta to convince him he can do that at Camp Nou.