Sevilla midfielder Ivan Rakitic has claimed he ‘would understand’ if rising star Jules Kounde wanted to leave the club this summer.

The French U21 international has been heavily linked with a move away from the Estadio Ramon Sanchez Pizjuan in the months ahead after another outstanding campaign at the heart of the Andalucians defence in 2020/21.

Premier League pair Manchester United and Manchester City are both rumoured to be tracking the 22-year old as they look to strengthen their respective defences ahead of next season.

However, despite Sevilla’s apparently unshakeable desire to keep hold of their defensive lynchpin, Croatian star Rakitic believes Kounde would be justified to make the move for the sake of his career. 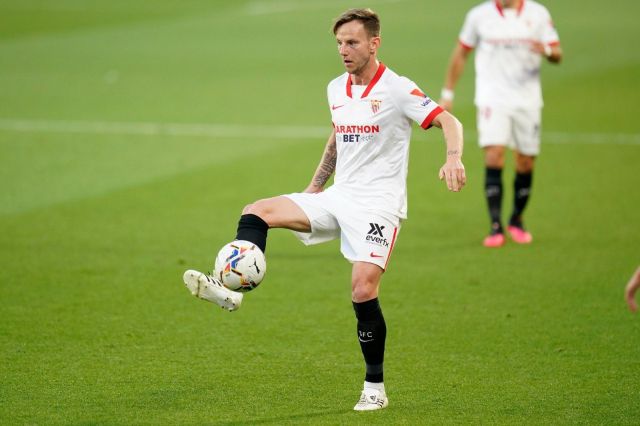 “A boy like Kounde, at his age, if he gets an offer from one of the biggest clubs in the world, you have to understand the kid and his situation,” he told an interview with Mundo Deportivo.

Kounde’s current deal at the club includes a €55m release clause which Sevilla are keen to increase to over €70m as part of his ongoing contract negotiations.

However, if either City or United do offer that fee, Sevilla are obliged to open negotiations over a possible sale.