Neymar with another wink to Barcelona: “[Lionel] Messi is the best player I’ve ever seen”

Neymar has been strongly linked with a return to Barcelona in recent days, and he delivered another wink during an interview with France Football as carried by Mundo Deportivo. At least, if that’s how it’s interpreted.

Neymar was praising his old Barcelona teammate Lionel Messi, who’s also been linked with a move to Paris Saint-Germain. Messi’s contract expires this summer, while Neymar’s expires the following summer. A complicated transfer market lies ahead. 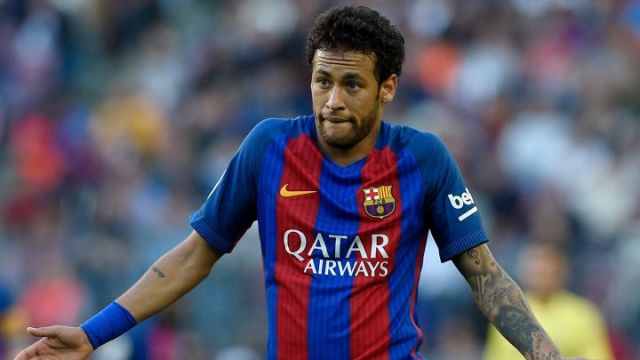 Neymar had been asked to compare Kylian Mbappe, his teammate at PSG, with Messi. “There’s no comparison,” he replied. “They both have very different styles of play. Messi is the best player I’ve ever seen and Kylian is on his way to becoming one of the best.”

The Brazilian, who played for Barcelona between 2013 and 2017, is currently negotiating a new contract with PSG, but talks have reportedly gone stagnant. The word on the street is that he wants to return to Catalonia to re-unite with Messi.

The pair, alongside Luis Suarez, fired the Blaugrana to a famous Champions League-winning treble in the 2014/15 season, and have maintained a WhatsApp group ever since. Given Neymar’s 29 and his contract with PSG comes to an end in the summer of 2022, his next move is crucial.

As well as the aforementioned European success, Neymar enjoyed significant domestic glory during his four year stint in Catalonia. He won two La Liga titles, three Copa del Rey titles and one Supercopa de Espana. On top of that, he was also part of a team that won the European Super Cup and the Club World Cup.