Saturday night is this season’s Copa del Rey final as Athletic Bilbao aim to win the competition for the first time against 1984 against Barcelona, who will be strong favourites for the game.

It is a repeat of the 2015 final between the two sides – in which the Blaugrana ran out victors as part of their historic treble – and El Mundo Deportivo have now highlighted the eight players who were involved in that game who could feature this weekend. 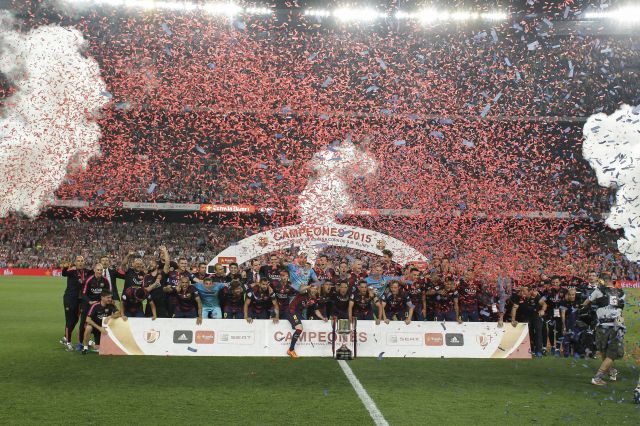 There are five players remaining at the Catalan giants and three remaining at Athletic Club – and just one of those players is likely to play.

Goalkeeper Marc-Andre Ter Stegen, defenders Jordi Alba and Gerard Pique, along with midfielder Sergio Busquets and star forward Lionel Messi are all likely to once again feature for Ronald Koeman’s side.

Inaki Williams is the only Athletic player who is likely to start both finals, although goalkeeper Iago Herrerin and left-back Mikel Balenziaga are still in their squad.