Teenage midfielder Pedri has been a constant shining light for Barcelona this season and the club are now looking to reward his campaign with an improved contract.

The 18-year-old joined the Blaugrana in an initial €5m transfer from Las Palmas last summer and is widely regarded as one of the best youth products in Spanish football, swiftly establishing himself in the first-team reckoning at the Catalan giants. 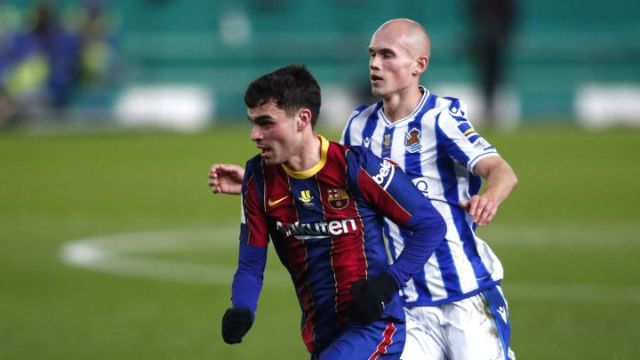 Now, a report from Catalan radio station RAC1 – as cited by El Mundo Deportivo – claims officials at the Camp Nou are minded to improve his contract.

The player’s contract at the club is primarily only through to 2022 but Barcelona news sees them hold a unilateral option to renew that deal automatically through to 2024.

It is possible that this deal will be lengthened with any new contract whilst the player will be offered improved terms to reflect his growing importance at the club.

The teenager’s rise to prominence has continued with a call up to the Spanish national squad this month as his profile continues to grow.