Atletico Madrid boss Diego Simeone remains confident his side are still in a strong position in the La Liga title race despite seeing their lead cut this weekend.

Los Rojiblancos reacted to Real Madrid’s 2-1 El Clasico win over Barcelona this weekend with a low key 1-1 draw away at Real Betis.

That result means Atletico have now picked up just one win in their last four league matches as the season enters its final stage with their advantage at the summit down to a single point.

“We will see what happens, all the teams have a moment of irregularity and hopefully we have passed it after today’s draw,” he told a post match interview with Marca.

“We have maintained a firm and strong step this season as both Madrid and Barcelona have begun to recover so we will wait and see.” 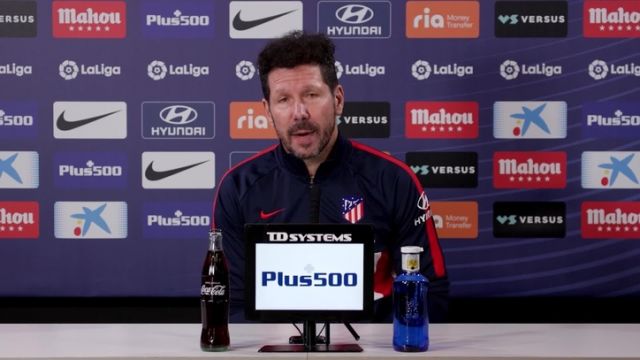 His team now face eight vital league games before the end of the season with their title rivals also in action in both the Champions League and the Copa del Rey.

Eibar head to the Estadio Wanda Metropolitano next weekend followed by games against Huesca, Athletic Bilbao and Elche before travelling to the Camp Nou on May 9 for a potential title decider in Catalonia.