The idea that Kylian Mbappe holds little interest in renewing his contract with Paris Saint-Germain is gathering pace as the weeks go by according to Diario AS. Reports have indicated that Mbappe has communicated to the club that he doesn’t want to extend his relationship with them, and given his contract with PSG expires in 2022 that poses a problem for the Parisians. Logically, they’ll have to sell him for a good price this summer to avoid allowing him to leave on a free transfer next summer. Real Madrid appear best placed to secure his services.

Florentino Perez is determined to rejuvenate the Madrid squad this summer with several quality additions and one big signing, someone who’ll offer the club commercial pull due to their profile. Mbappe is the ideal man for this given he’s only 22 but is already world-class and a World Cup-winner. Erling Haaland is also someone of interest to Madrid, and on paper is an easier signing to execute. But Madrid’s relationship with his agent, Mino Raiola, have never been good, and he’d demand a hefty commission.

Mbappe has always been Madrid’s number one target. The strategy has always been to dissuade him from renewing with PSG and either signing him this summer or when his contract expires in 2022, a plan that worked with both Thibaut Courtois and Eden Hazard. The pandemic has complicated things, but everything indicates that should Mbappe decide to leave Paris this summer Madrid will be at the front of the queue. 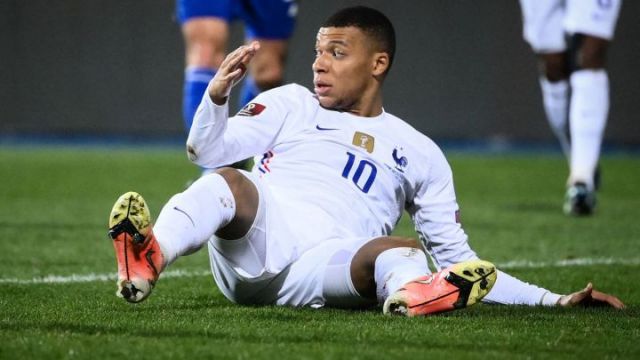 Mbappe is said to be prioritising the strength of a sporting project over money when choosing his next move, otherwise he would have signed the €36m per season deal PSG have already put on the table. It’s expected the Frenchman would earn about €21m per season should he come to the Spanish capital, a salary in line with what he currently earns although with creative manipulation of his image rights.