Marcelino on giving Real Sociedad a guard of honour: “You always have to treat others as you want others to treat you”

Athletic Bilbao coach Marcelino has stressed that Athletic are a gentlemanly club and as appropriate will give Copa del Rey champions Real Sociedad a guard of honour when the pair lock horns this evening in La Liga, just three days after La Real beat Athletic to win the Copa.

“We’ve taught a lesson in how a team must suffer through defeat, with a lot of pain but absolute respect,” Marcelino said in comments carried by Cope. “You always have to treat others as you want others to treat you.

“I’m left with the feeling that [Saturday’s final] was a very bad match. Badly played by La Real, badly played by Athletic and badly ran by the referee, improper for the final of the Copa. The team that took advantage of an opponent’s error won, but it’s also true that our offensive showing was poor. To win a final you have to play better than we did.

“We have to regain enthusiasm, pride, ambition. There’s no room for anything else. Not recovering [for this evening’s game] because we lost would mean making an excuse, and I don’t like excuses. This is a strong and united group, and we know what makes us a good team. These aren’t words but proven facts.” 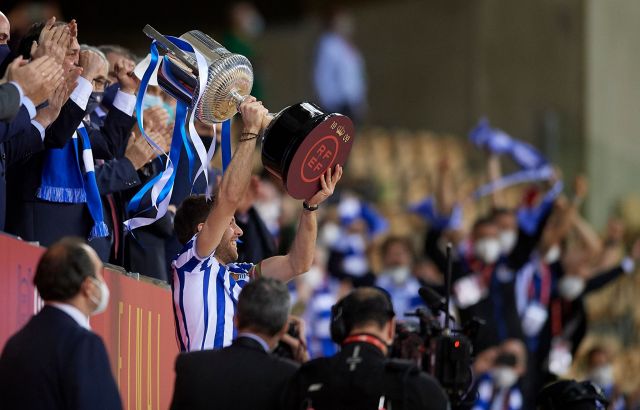 Athletic’s game with La Real at the weekend was the long-delayed 2020 final, a game both clubs had hoped to have been able to play with their supporters in attendance given it was historically the first-ever Basque derby with a title directly at stake. Marcelino and Athletic get another bite of the apple the week after next, however, when they face on-fire Barcelona in the 2021 edition.

Athletic have been flying since Marcelino took over at San Mames at the beginning of January, winning the Supercopa de Espana at the expense of Barcelona. They still lag ten points behind La Real in the league table, however, a distance they’ll look to trim tonight. La Real sit seventh, while Athletic are down in tenth.