Barcelona have moved to within one point of La Liga leaders Atletico Madrid thanks to Ousmane Dembele‘s 90th minute winner against Real Valladolid.

Ronald Koeman‘s side will now head to the Spanish capital to face Real Madrid this weekend with the narrowest of margins in the title race. 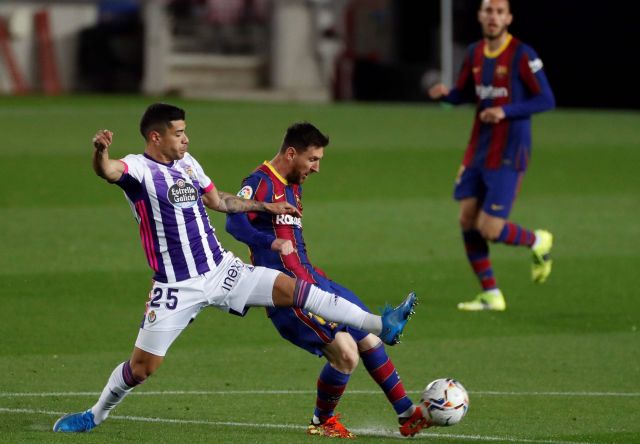 La Blaugrana dominated possession after the restart as Real Valladolid look to dig in and claim a battling point on the road.

Dembele was superbly denied by Jordi Masip on the hour mark with Antoine Griezmann skewing a header wide from the rebound.

But the French international was not to be denied his big moment on the night, with the clock ticking towards added time, as he volleyed home from Frenkie De Jong‘s deep cross.

Barca get a late breakthrough and look set to pick up a colossal win in the LaLiga title race 🔵🔴 pic.twitter.com/4nx3KdldDW