France fans want Real Madrid striker Karim Benzema to be included in their Euro 2020 squad this summer according to a poll from L’Equipe.

Benzema has been exiled from the Les Bleus panel since 2015 with boss Didier Deschamps insisting the situation has not changed regarding the 33-year old’s international future.

However, his consistency for Real Madrid in recent seasons has changed opinions in the French fan base on whether to bring him back into the fold, with the majority now apparently in favour of a recall for this summer’s rescheduled competition. 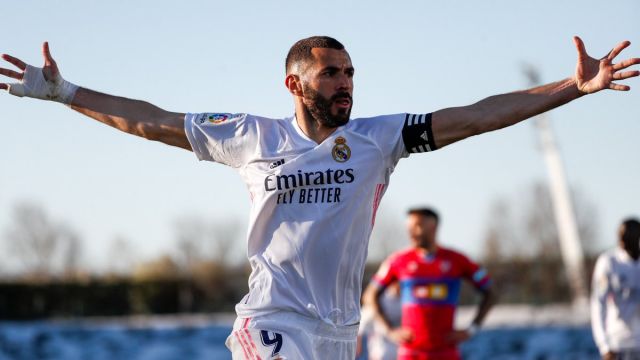 According to the online poll, Benzema was selected as the sixth most wanted striker, with 41%, behind leader Antoine Griezmann (97%) and Kylian Mbappe, Kingsley Coman, Ousmane Dembele and Olivier Giroud.

His ranking puts him ahead of Atletico Madrid star Thomas Lemar and Manchester United forward Anthony Martial in the fans pecking order.

Benzema’s Los Blancos teammate Raphael Varane was the most sought after central defender, with 96% of the defensive vote, with Ferland Mendy in fifth place.