Ronald Koeman: “We’re trying to do our best so that Leo stays”

Atletico play Sevilla on Sunday evening, meaning that Barcelona could go into the game needing to make up a whole lot of ground. Not that they’ll go into it with that much trepidation given the great run Ronald Koeman’s men are on in La Liga. 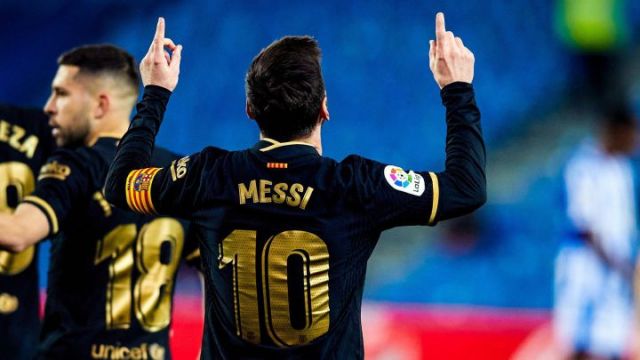 Koeman was asked in his pre-match press conference about a familiar topic, the future of Lionel Messi. He was asked whether the Argentine should designate a specific day to announcing his intentions come the end of his contract.

“Of course it’s a very important matter,” he said in comments carried by Diario Sport. “We’re trying to do our best so that Leo stays. But that moment [of his announcement] isn’t going to be next year. Now we have to focus on is playing a game tomorrow.”

Koeman also made it clear that Joan Laporta is the man in charge of the negotiations. “Things of the future are things for the president and his team,” he said. “We talk, that’s normal, but as a coach, like the players, we’re focused on the games.”