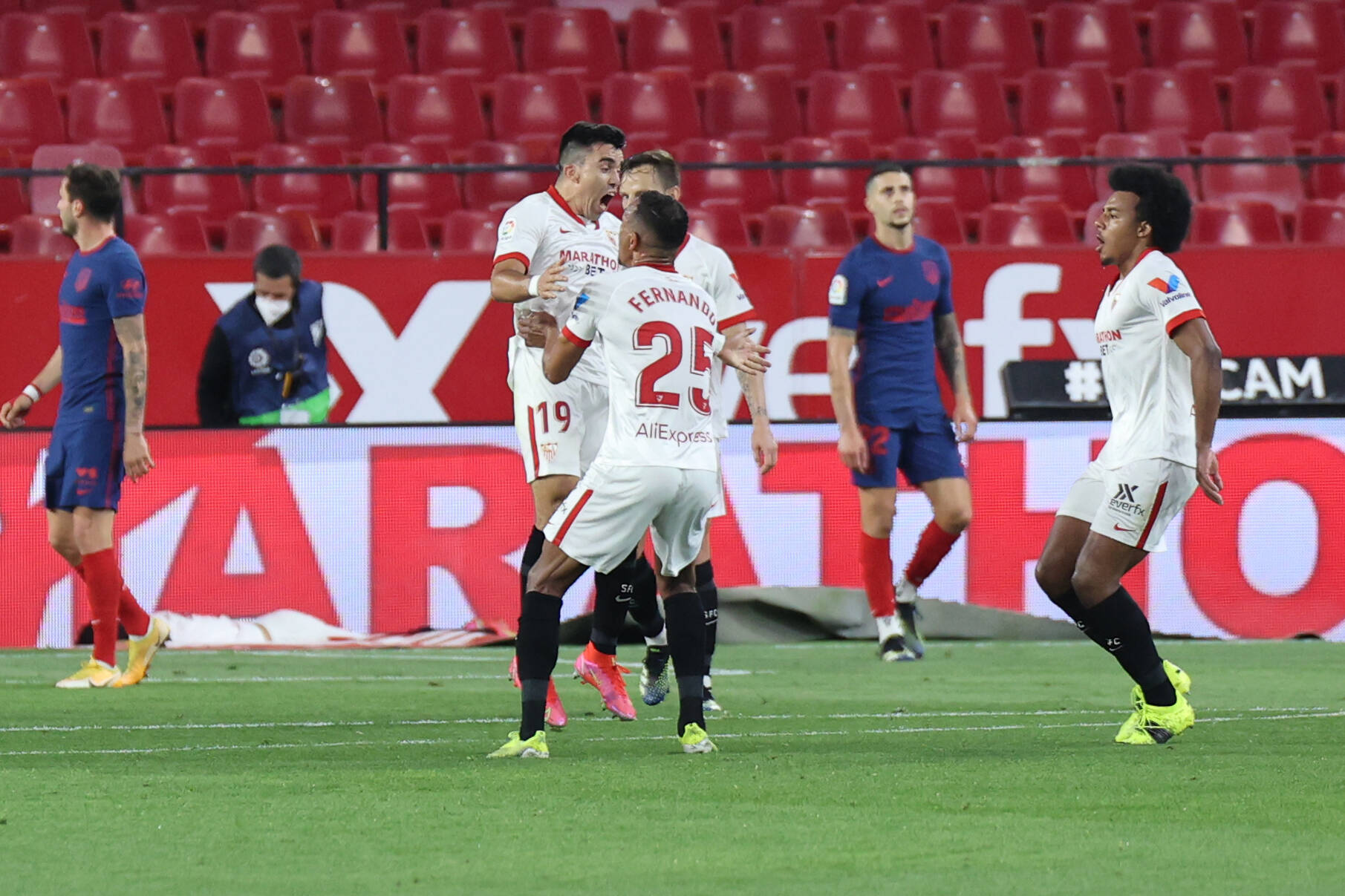 Atletico Madrid chances of clinching the La Liga title this season have been dealt a real blow by a 1-0 defeat at Sevilla.

Diego Simeone‘s side have seen their lead at the top of the table cut to three points ahead of city rivals Real Madrid and Barcelona can close it to two points with a win over Real Valladolid tomorrow.

Los Rojiblancos struggled to make a telling impact in Andalucia with Jan Oblak’s early penalty save from Lucas Ocampos keeping them in the contest before the break. 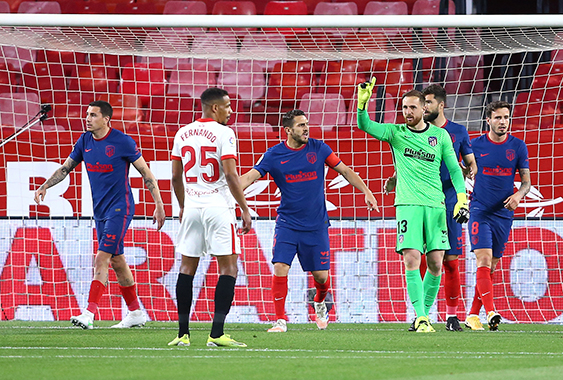 That pattern continued after the restart as Sevilla looked to up the tempo before Marcos Acuna powered home Jesus Navas‘ cross to put them in front on 72 minutes.

Marcos Acuna gives Sevilla the lead with a well-placed header 😱

What a BIG goal that could be in the LaLiga title race too 👀 pic.twitter.com/yLoKCuzFro

Atletico looked to rally themselves late on, with substitute Angel Correa denied in added time, but ultimately, it was to be a damaging night for Simeone at the Estadio Ramon Sanchez Pizjuan. 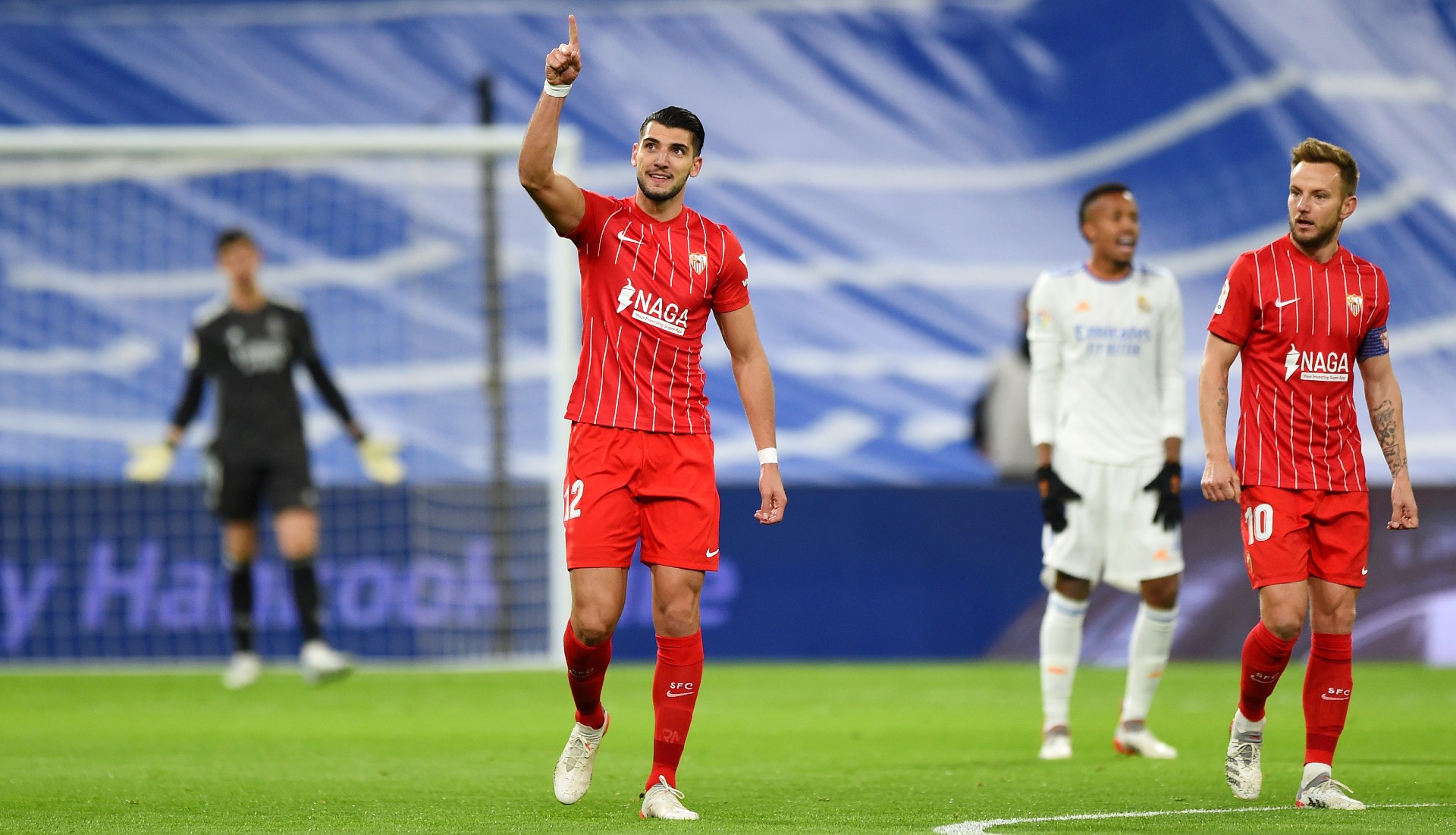