Recent weeks of Real Madrid news has once again focused on an injury sustained by Eden Hazard – who continues to be plagued by fitness issues in the Spanish capital.

Hazard came on for a late cameo appearance in the clash in La Liga against Elche earlier in March after a two-month layoff but now has suffered another fitness setback. 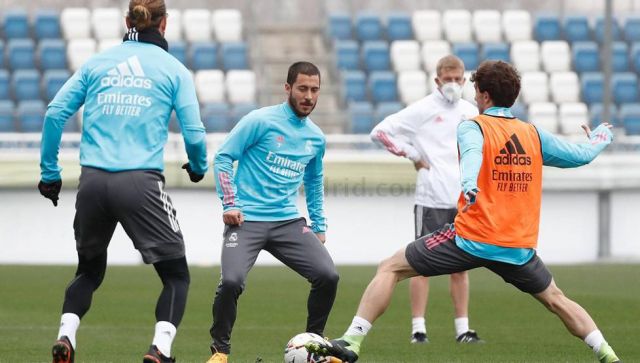 As per a report in Cadena Cope, the player has now returned to the Spanish capital to continue his rehabilitation process after working with Belgian team physiotherapist Lieven Maesschalk.

The report continues that Hazard is now undergoing a regime to strengthen the lower half of his body from the abs to the knees.

Hazard has participated in just 14 matches this campaign and he has been beset by injury problems since his move to the Spanish capital in 2019.