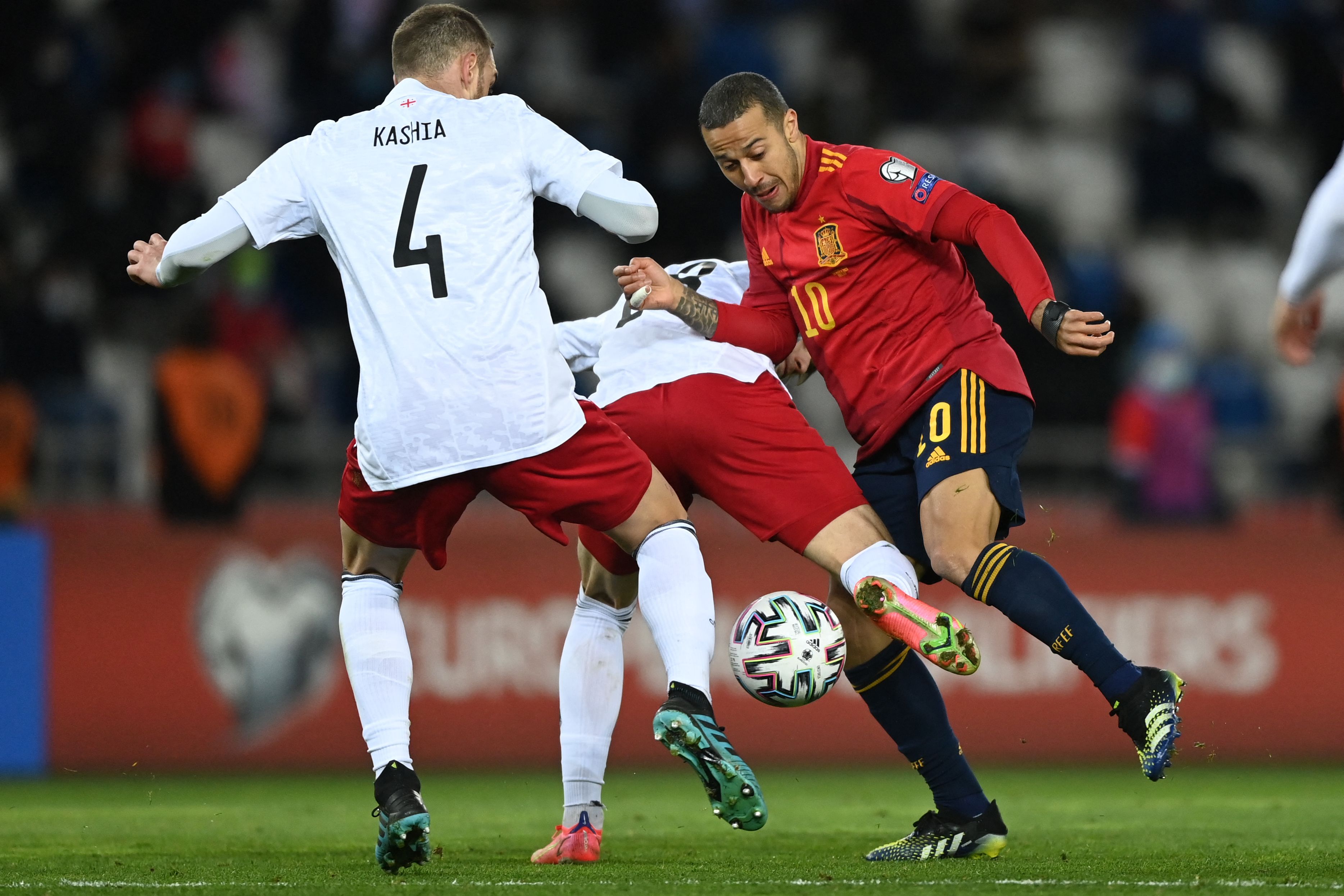 🔴: for Nika Kvekveskiri, fouling a foul on the HWL.

Spain started reasonably well but were aware of the threat Georgia, who went into the game without fear and backed by a noisy crowd, posed, and it was made real shortly before half time. The ball fell to Khvicha Kvaratskhelia in a good position, who made no mistake with an accurate finish.

Spain got back on level terms ten minutes into the second half, however, when Ferran Torres met Jordi Alba’s cross at the back post, and went ahead in the 93rd minute through Dani Olmo. Georgia were then reduced to ten men after Nika Kvekveskiri saw red for a shocking challenge on Pedri.