Dani Alves on his Barcelona exit: “I didn’t believe in the directors who were there at that moment”

Dani Alves has offered up some interesting answers in a recent Instagram Q&A. The Brazilian, currently back in Brazil with Sao Paulo, spoke about Lionel Messi, his exit from Barcelona and his relationship with both the Catalans and Sevilla, the first club he played for upon his arrival in La Liga.

He was asked whether he prefers Messi or Cristiano Ronaldo. “Despite the greatness of the two, a picture is worth a thousand words” he replied as carried by Marca, with a picture of himself and Messi attached. Alves also labelled Sergio Ramos his toughest opponent. “Too heavy” he said. 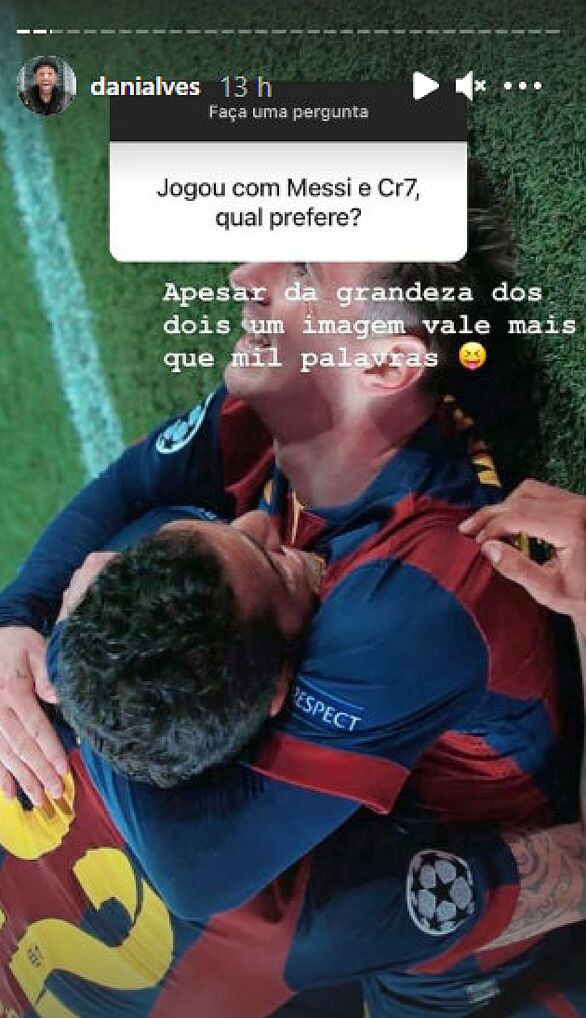 He spoke about his controversial exit from Barcelona. Alves left Camp Nou in 2016, representing Juventus and Paris Saint-Germain before returning to Brazil to play for the club he supported as a boy, Sao Paulo.

“I didn’t believe in the directors who were there at that moment,” he said. “Later I was proven right. I’m the first person one to say it. They call me crazy, but as always, I’m a good crazy.” 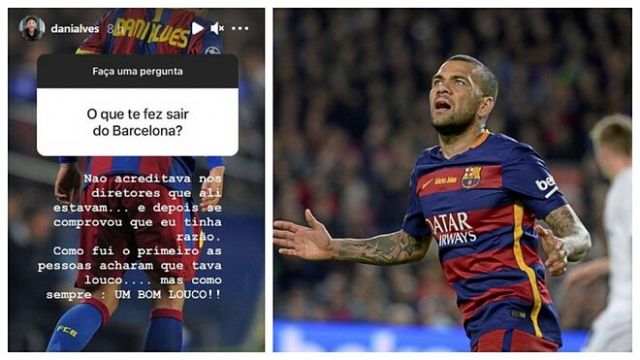 He was asked whether he prefers Sevilla or Barcelona. “That’s like asking who do you like more, your mom or your dad?” Alves, considered to be one of the best right-backs in history, spent eight years with Barcelona after joining from Sevilla in 2008.