Suso on Sevilla’s run in: “The important thing is to make sure we qualify for the Champions League again”

Suso is enjoying his most consistent moment since joining Sevilla according to Marca. He has suffered from some muscular discomfort throughout the season, but the Andalusian has been an ever-present in Julen Lopetegui’s lineups since 5 December.

Suso has played 34 games for los nervionenses this season, scoring four goals and contributing as many assists. He arrived in Seville in January 2020, after playing 17 games for Milan in the first half of the season, contributing one goal and two assists. 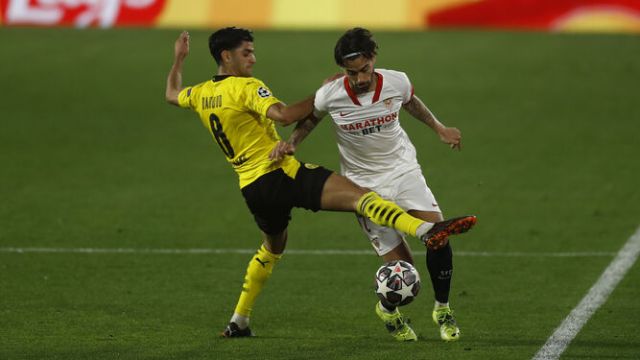 With Sevilla in the second half, he played 23 games, scoring twice and providing one assist, meaning he’s already bettered his record from 2019/20. He was signed due to an obligatory clause in his loan deal that was triggered when Sevilla qualified for the Champions League.

Suso missed four Champions League games this season and as many in La Liga due to the aforementioned muscular problems, and is glad for the rest afforded due to the international break. 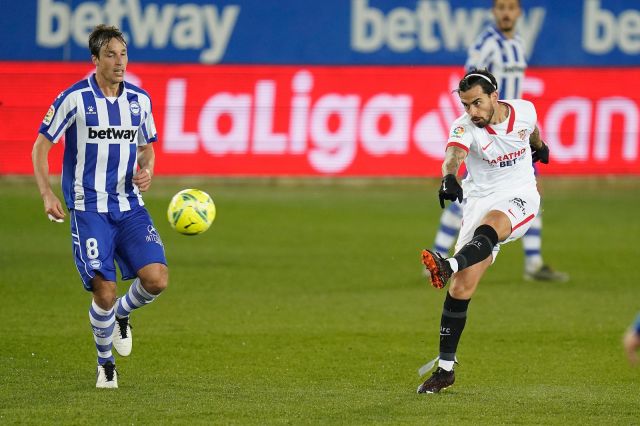 Sevilla were knocked out of the Champions League by Borussia Dortmund and the Copa del Rey by Barcelona, with both results coming hot on the heels of each other. For Suso, the objective is on the final ten games this season.

“There are very difficult matches ahead with rivals who each have their own goals,” he said. “Those below are playing for survival, there are no easy games. I think we can’t compete with [Real] Madrid, Barcelona or Atletico [Madrid], they’re a step above even if we do well against them, but the important thing is to make sure we qualify for the Champions League again.”