Serie A giants Juventus are rumoured to be preparing a shock summer move for Valencia star Kangin Lee.

The South Korean international has established himself as a key figure and a fans favourite at the Estadio Mestalla after coming through the youth ranks at the club.

However, as per reports from Mundo Deportivo, Andrea Pirlo is keeping an eye on his contract situation with his current deal set to expire at the end of the 2021/22 campaign. 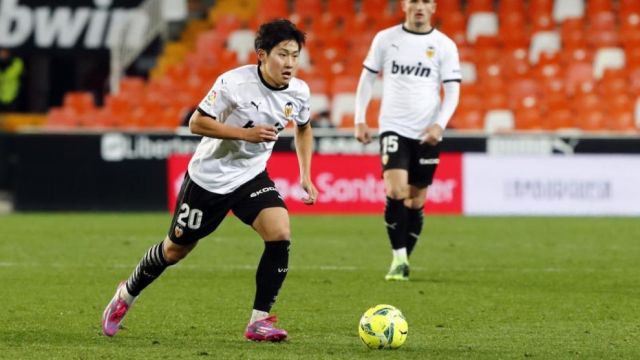 Los Che are determined to keep hold of him on a long term contract but the 20-year old midfielder is keeping his options open with Valencia struggling for form in recent months.

If he declines to sign a contract extension Valencia may look to cash in on him and avoid a free transfer showdown in 12 months time.

Juventus could aim to test their resolve in the coming months with a bid in the region of €15m as an initial offer.