The men in charge of Barcelona’s transfer business

There is a great deal of change at Barcelona with the appointment of a new board and the restructuring of the club behind the scenes.

One of the key appointments was that of Mateu Alemany as the club’s new Director of Football, essentially seeing him overseeing the club’s recruitment department.

Last summer, Ramon Planes was appointed as the club’s sporting director and the arrival of Alemany had seemingly put his future under question. 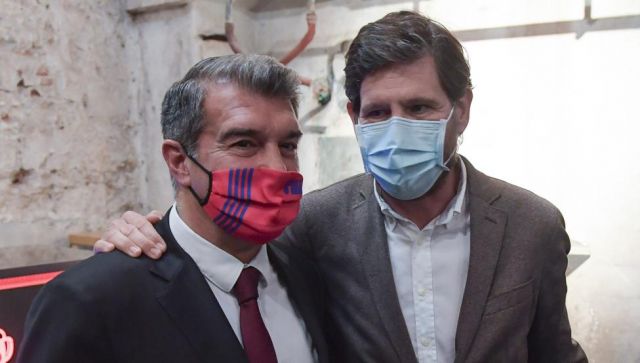 Eric Abidal was sacked from the role last August and Planes – who had worked under the Frenchman – was then promoted to assume all key responsibilities for the department.

Now Cadena Ser report that Planes is highly valued by the club’s new board and he has a good working relationship with Alemany, so for now there is no urgency of moving him on from the club.

Planes has a contract with the Blaugrana until the end of the season, but his future remains unclear.

He has overseen the arrivals of players such as Pedri, Ronald Araujo, Frenkie de Jong and Sergino Dest, although the arrivals of Francisco Trincao and Junior Firpo were less successful.

Planes has previously held the position of sporting director at multiple clubs including CE L’Hospitalet, Racing Santander, Alaves, Lleida, Espanyol, Elche, Getafe and a stint with Tottenham in England.