Atletico Madrid and Sevilla are said to be in the mix to sign the Frenchman, who is about to enter into the final 12 months of his contract at the Gunners.

Lacazette has bagged 13 goals for the North London side this campaign and remains an important player for the club, but his situation is far from certain. 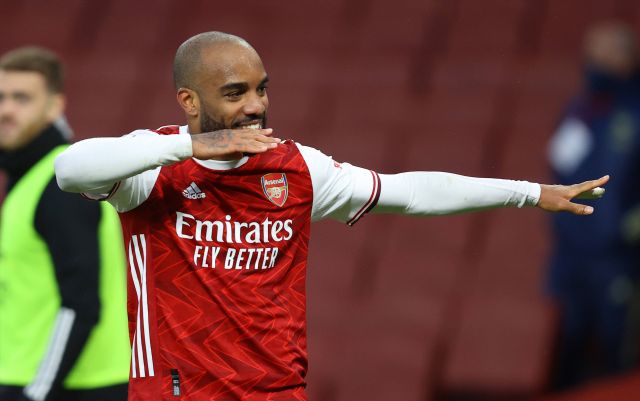 Now aged 29, Lacazette is one of the higher earners at the club and they may consider any formal approaches this summer if they believe that it would be an idea to cash-in on him instead of risk losing him as a free agent.

It follows on from reports last summer that first emerged in L’Equipe that Atleti were willing to offer players in exchange to land the Gunners striker.

In the summer of 2017, there was total agreement between Lacazette, Atletico and Olympique Lyonnais for the transfer but the deal never went through.

That was due to Atleti’s transfer ban at the time, which ensured that the striker instead moved to North London – where he has netted 61 goals in three and a half seasons since, spread across 161 appearances.