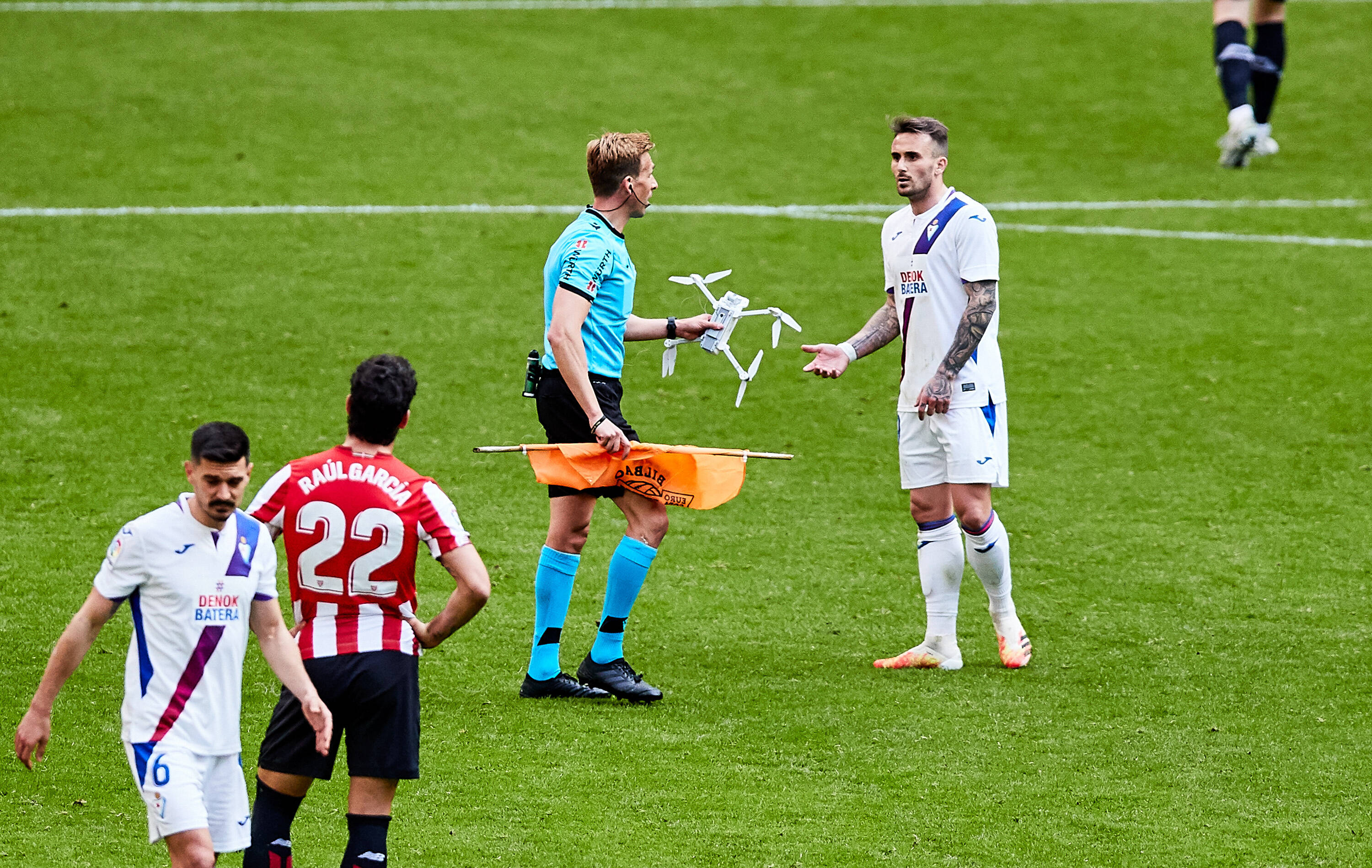 La Liga are set to introduce new technology around their stadiums to prevent drones from coming near the facilities in a move to increase player and supporter safety.

The news – as reported by ESPN – comes less than a week after a drone landed on the field of play in a match between Athletic Bilbao and Eibar. 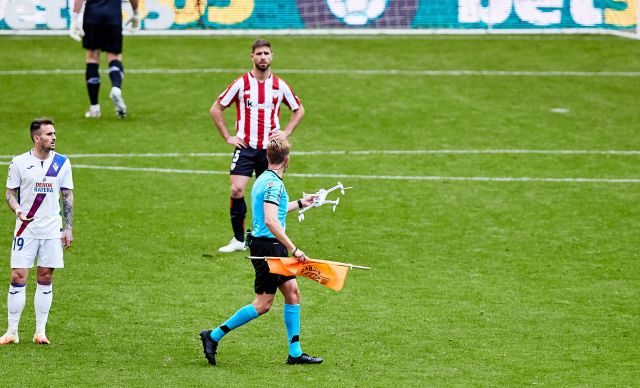 The drone landed on the pitch in the 68th minute of the encounter to promote a message against playing European Championship fixtures at the San Mames stadium this summer.

As per a recent report in Marca, the Bilbao city council (the most important voice), the Basque Government, the Provincial Council and Athletic themselves are all now opposed to the stadium – the only stadium within Spain set to stage games – being used to host matches this summer.

Basque nationalist groups oppose the stadium being deployed in the tournament but last Saturday’s incident has now prompted a change to prevent drones entering the field of play.

The fresh report claims the league will cover the costs of a 24/7 “drone detection and neutralisation” system which is now set to be installed.